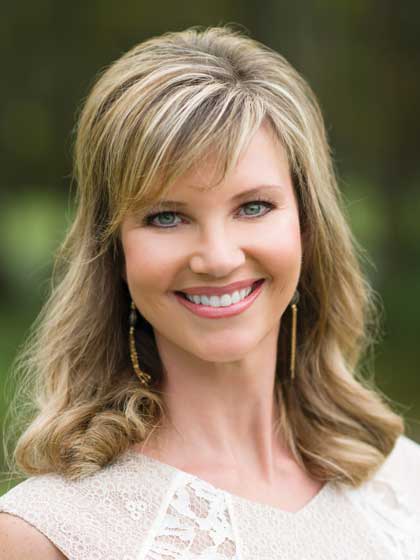 Missy Robertson has learned to live life in the spotlight as she plays an important part in her family's record-breaking reality television series, Duck Dynasty. Despite the increased publicity focused on her family, their company, and their personal lives, she has managed to become a strong voice for morality and virtue both locally and globally.

Missy married Jase Robertson when she was nineteen and is now a devoted mother of three children—Reed, Cole, and Mia—who strives to have a strong, happy, and loving family. She has contributed heavily to the Robertson family business, Duck Commander, and has been an integral part of the success that the family and company have seen in recent years.

Missy is always the first to recognize the hand of God in her life, as she continually sets a prime example of humility and consistent faith in her public and personal life. In gratitude for her many blessings, she spends a large amount of her time volunteering, as a way to give back to her community. For the last six summers, she has been the crafts director at Camp Ch-Yo-Ca, a local Christian youth camp where both she and Jase spent many summers as kids. In addition, she is heavily involved in missionary work, both domestically and internationally.

In early 2014, Missy coauthored The Women of Duck Commander with Miss Kay and her sisters-in-law, in which they shared never-before-told stories about the Robertson family and how their reliance on God has enabled them to persevere through life's unforeseen challenges, heartaches, and strife. She is currently writing Blessed, Blessed . . . Blessed,due to release in October of this year, chronicling her family's journey after Mia was born with a cleft lip and palate.

Missy helps design modest and stylish apparel for her clothing line, Missy Robertson by Southern Fashion House,and has recently launched Laminin,a jewelry line that is made in her hometown of West Monroe, Louisiana. On her website, www.missyrobertson.com, Missy keeps her fans up-to-date on her latest clothing and jewelry lines and offers a devotional page to help encourage people to pursue a personal relationship with God.

Missy is also known for her hard work supporting the Mia Moo Fund, an organization inspired by their family's personal journey and launched in 2014 to raise awareness and funds toward research, treatments, and causes of cleft lip and palate.

All Products From Missy Robertson 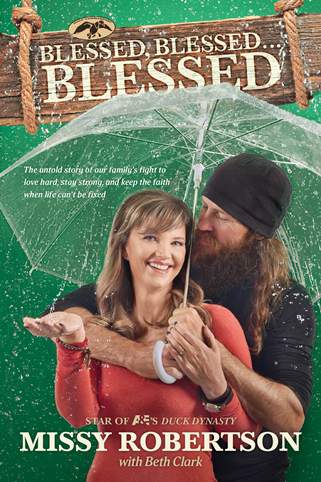