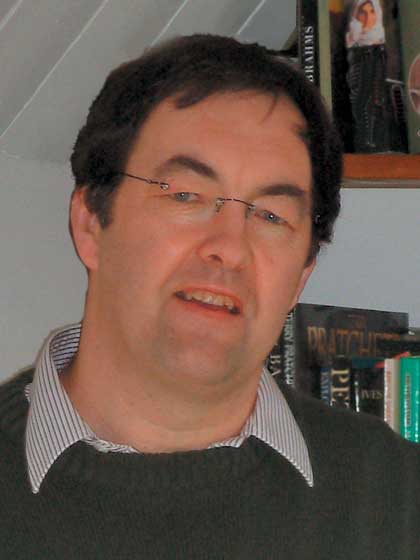 Born in Wales, Chris Walley grew up in northern England. He studied earth sciences at university and has a doctorate in geology. He taught at the American University of Beirut in Lebanon from 1980 to 1984 and then returned to Wales and spent 10 years as a consultant with the oil industry. He began writing in the late eighties and had two novels, Heart of Stone and Rock of Refuge, published under the pseudonym of John Haworth. In 1994, along with his family, Chris returned to Lebanon to teach again at AUB. In 1998, he came back to Wales and began writing again. He is currently fitting his writing in between teaching geology, environmental science, and geography at a local college. Chris is also an adjunct professor of geology at Wheaton College. Chris and his wife live in an old cottage on the edge of Swansea in the United Kingdom and are very involved in a local Baptist church.

All Products From Chris Walley

The Shadow and Night

The Lamb among the Stars Collection: The Shadow and Night / The Dark Foundations / The Infinite Day