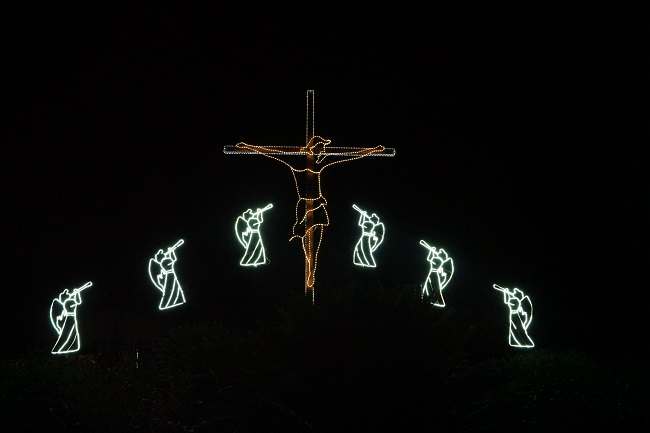 Adapted from Dr David Jeremiah’s book, Why the Nativity?

As the moon lit the treetops and the evening breeze cooled her skin, Mary rested quietly, renewing her strength. She gazed in wonder at the tiny, living gift in her arms. Any child, of course, is a miracle from heaven—a firstborn in particular.

Even so, Mary ­under­stood that the child she held was set apart from any other that had ever been born. She knew what the angel had told her and what her heart confirmed: Here at my breast is the Son of God. Those were the very words, the very designation, the angel had given: Son of God (see Luke 1:35).

Yet the question was, Why?

We can imagine Joseph standing proudly at his wife’s shoulder. He would be keeping watch—standing guard, as fathers do. Joseph must have glanced at the moonlit clouds and pondered his own mysteries. The information supplied to the engaged couple had been very limited. Exactly what was the Lord doing in this small town, on this quiet night, in this obscure province? When God invaded human affairs, the very earth should tremble. But here was a scene one might find anywhere in the world: a mother, a father, an infant. 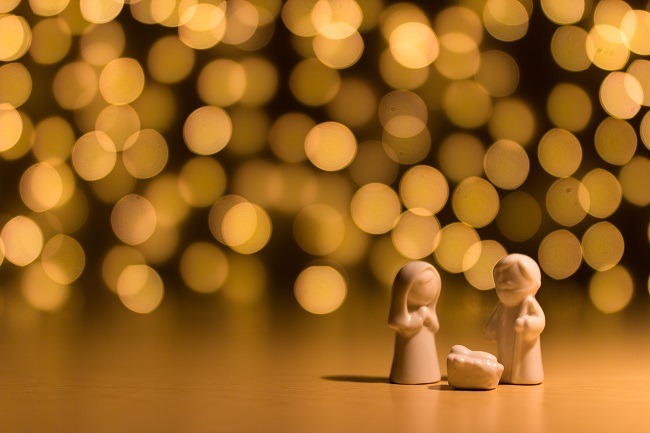 Why was heaven so preoccupied with a scene so unremarkable?

Joseph did what we would have done. He returned again and again to what he himself had experienced. He carefully sifted the words of his own angelic visitor. The messenger had said, “You are to name him ­Jesus, for he will save his people from their sins” (Matthew 1:21).

Why Did Jesus Come When He Did?

The words of angels are not likely to be forgotten. They are memorized, cherished, inscribed upon the heart, and shared ­only with the most intimate friends. Mary and Joseph each had their visit from an angel, and each held their piece of the puzzle. Mary had been told who the baby was, while Joseph had been told what he would do.

As the child increased in wisdom and in stature, can we doubt that his parents shared the angels’ words over and over?

You are the Son of God.

You will save your people from their sins. 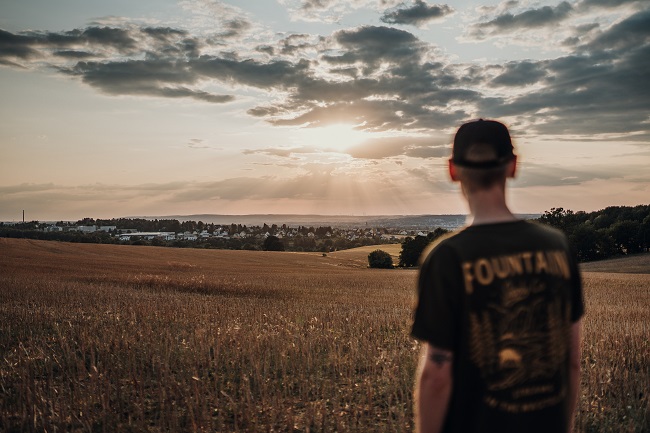 How old was the child before such mysteries were entrusted to his reflection? The God of heaven, the source of the messages, surely guided them at every crossroad. His will came to ­Jesus by way of angels, then parents, then the young man’s own encounters with his true Father.

It’s not surprising, then, that we find a young man in the Gospels who speaks frequently of his mission. His very first recorded words were to tell his parents they should have expected him to be involved in his Father’s business (see Luke 2:49).

Even so, Luke tells us that his parents ­didn’t ­under­stand his words. What was his Father’s business? Who was this young boy with a twelve-year-old body and an ageless wisdom? We can imagine the whispered conversations between Mary and Joseph late at night. Why did ­Jesus come to earth? And when the time arrived—as inevitably it must—where would he go? What would he do? Would the world finally  understand the incredible secret held ­only between heaven and one small family? 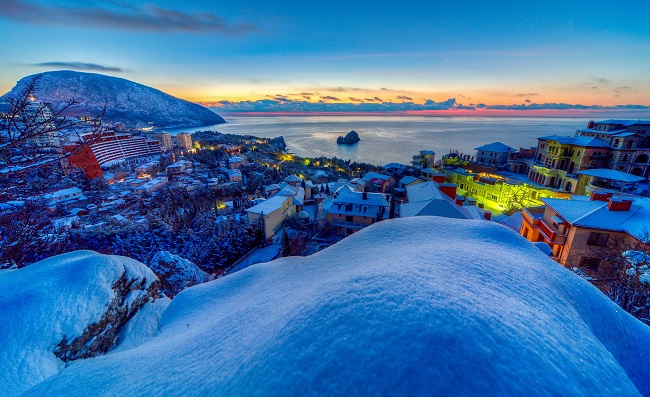 When the day of fulfillment came, some three decades after his birth, ­Jesus had been given many years to wrestle with the identity told to Mary and the mission told to Joseph. We can imagine that he spoke often with those two. He discoursed with the local teachers. He pored over the words of the prophets until they were part of his very being. I am the one Isaiah described so long ago (see Isaiah 53).

There must have been moments when he mourned the loss of the simple life, the ­common life—the life of marriage and children and grandchildren—that he knew he must not choose. But his heart was true. When he knew the time was right, he journeyed deep into the wilderness alone, denying himself food and water. There, in solitude, identity and mission came together for him. There ­Jesus himself confronted the temptations of the devil, and he mastered them.

Why Did Jesus Come as a Baby?

And when he emerged, we find that ­Jesus was constantly answering the great question—why had he come? On thirteen occasions in the short Gospel records, he used the phrase, “I have come . . .”. 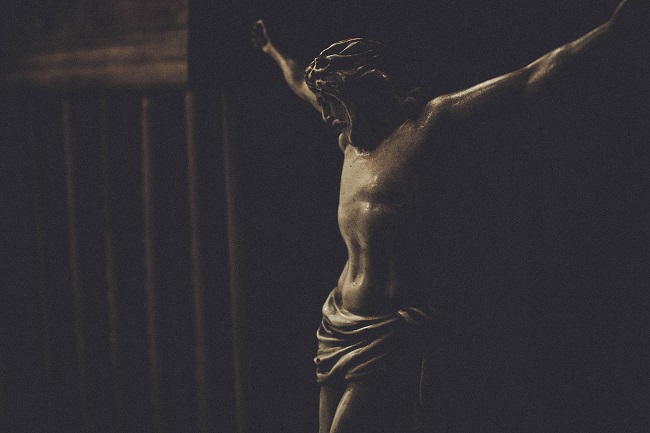 If the written record is any clue, no sense of mission has ever burned brighter. Ordinary people never speak of “coming” to this world; this world is home. ­Jesus employed the language of a guest. He spoke in the parlance of an ambassador on a short but urgent assignment.

Perhaps his most moving purpose statement came on the day when he encountered a strange little man named Zacchaeus. The latter was a man of wealth and distinc­tion. Yet when ­Jesus passed through town, the little man ran ahead of the crowd and climbed into the branches of a tree. His lack of dignity was appalling, but people tended to avert their eyes from Zacchaeus anyway. After all, he had made his fortune by tapping into the corruption of Roman taxation. Conventional wisdom said that a noble teacher of godly truth should ignore such a public parasite. 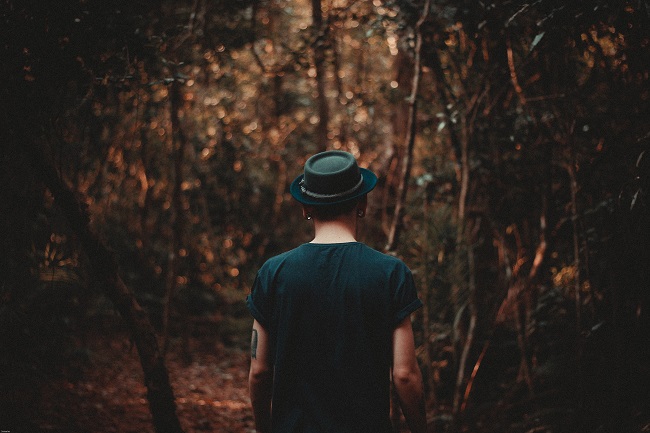 But imagine—Jesus called the little man by name, then suggested the two should share a meal at the tax collector’s home. In the eyes of the crowd, it was a serious misstep for ­Jesus, and they made their opinions known. ­Jesus said, “I, the Son of Man, have come to seek and save those like him who are lost” (see Luke 19:10).

To seek and to save the lost. There is music and majesty in that statement. One focus: the lost. Two actions: seek and save. The ambassador’s urgent business, then, is a rescue mission.

Why Did God Become a Man?

Seek and save. We think of pictures of sailors clinging to the wreckage of a ship. Helicopters hover in the night sky, shining their beacons on the sea in search of the living who must be saved. We think of a collapsed mine, where workers are trapped far beneath the earth. Their oxygen runs low, and the men crouch in darkness, wondering if they dare hope for salvation. We think of a little girl at the bottom of a well, or even the favorite word picture of a single stray sheep trapped on a perilous outcropping. One animal in a flock of hundreds, and who would miss it? The shepherd would. He will leave the many to find the one, at any cost. 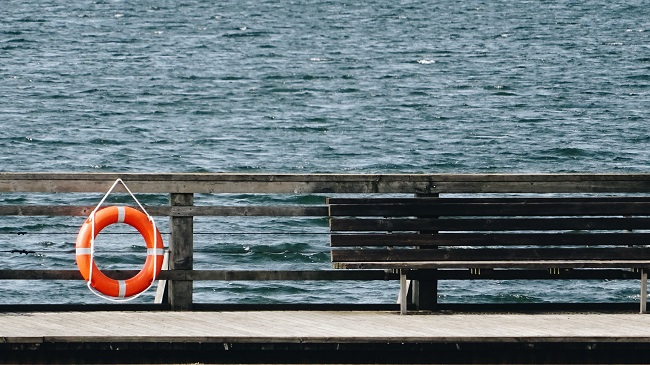 The coast guard will find those three or four bobbing sailors, and no taxpayer will complain about the expense. The miners will not be abandoned, and the little girl must see the sunshine once more. These situations are urgent, and when they come across our television screens, everyone stops and prays and waits.

When those New York Fire Department workers rushed into the rubble of the World Trade Center, they never stopped to ask about the risks. They pushed forward, fully willing to pay the highest price life can demand. The idea of rescue is at the core of our being; it stops us in our tracks.

But the true tragedy transcends the occasional current event. Now, as ever, the world lies in its own rubble, its own self-inflicted darkness and pain. The greatest enemy of all is the irresistible force within us, the thing known in the Bible as sin. We are all too aware of its grip upon us. We know that its ­only work is that of our destruction. And yet we enslave ourselves to it in every way. No one has the power to rise above the tendrils of sin. Therefore the ruin of our fallen state is all around us. The debris is all-pervasive. Our world’s inhabitants, billions of them, long for their rescue, often without even realizing what that longing is for.

Then a light shines in the darkness. A beacon slashes through our despair.

It is ­Jesus. He stands among us and says, “I have come to seek and to save the lost—to find you and to restore you.” 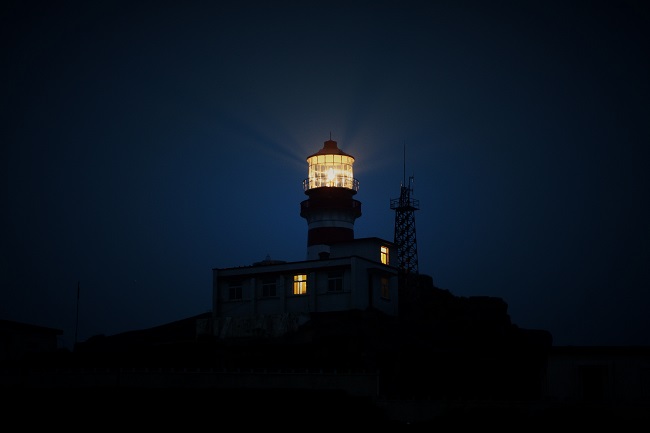 The word gospel means “good news,” and that is surely the ­under­statement of the cosmos. The news is so good, so outrageously wonderful, that the world finds it difficult to believe. A cure has been discovered for the common sin. Death itself now has an alternative—and the alternative will be so good that on the day we experience it our feeble minds could never contain the joy involved.

But it ­only gets better.

Jesus made another “I come” statement. The primary reason he came to earth was to perform a rescue mission. ­Jesus also mentioned a secondary goal. He said, “My purpose is to give them a rich and satisfying life” (John 10:10). When he said those words, he was talking about sheep again. He said that a false shepherd simply uses the sheep; a true shepherd loves them enough to give his life for them. “I have come not ­only to rescue you,” he was saying, “but to help you see all the wonderful possibilities that life can hold for you. I want you to squeeze every single drop of joy out of this life. And if I ­didn’t come to show you, you would never know how.”

Mary was told that her child would be the Son of God. Joseph was told that this child would save his people from their sins. These were the two greatest imaginable statements concerning the infant. But how could the angels possibly have explained all that those two ideas entailed? How can you explain a rainbow to those who have lived in a world of gray? 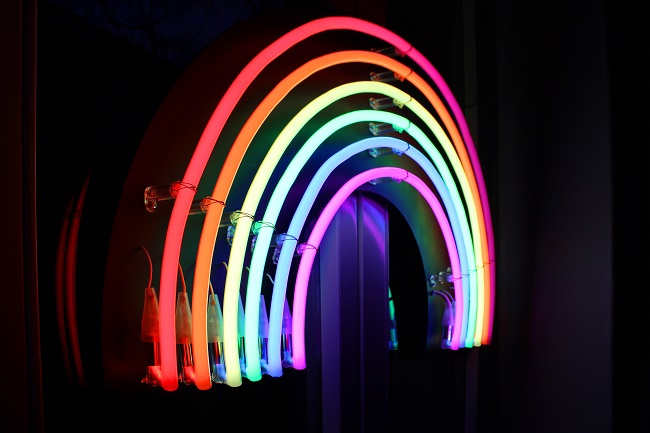 Perhaps the angels themselves ­couldn’t have anticipated the miracle of ­Jesus—the sheer wonder of the light that was about to break forth upon the earth like a heavenly sunrise after thousands of years of night. We are more fortunate, for we have his words. We have the testament of his life. Best of all, we have the experience of knowing what life can be in all its fullness—as wonderful as ­Jesus promised it would be.

Have you ever gone on a mission trip? What was your motivation?

Based on what you read in this chapter, what was ­Jesus’ prime motivation for coming to earth?

For further study: This chapter covers six of the thirteen times ­Jesus said “I have come.” Read the following passages to find more of the reasons ­Jesus gave for coming: Matthew 5:17; Matthew 20:28; and John 17:8.

Why the Nativity? by David Jeremiah

Sharing your faith with friends or neighbors creates anxiety for a lot of Christians, but at Christmas, people are more open to talking about Jesus than at any other time of year. Maybe you’ve been praying about someone for a while now. Christmas offers a great opportunity to start that conversation. Or maybe you’ve already had the […]

“But remember, like Sarah and Job, we are not helpless.” — This post is excerpted from The Life Recovery Workbook for Grief: A Bible-Centered Approach for Taking Your Life Back, by Stephen Arterburn M. ED and David Stoop. Click this link to experience the whole first step, with workbook questions for your own reflection, for free. […]

« Why Did God Become a Man?