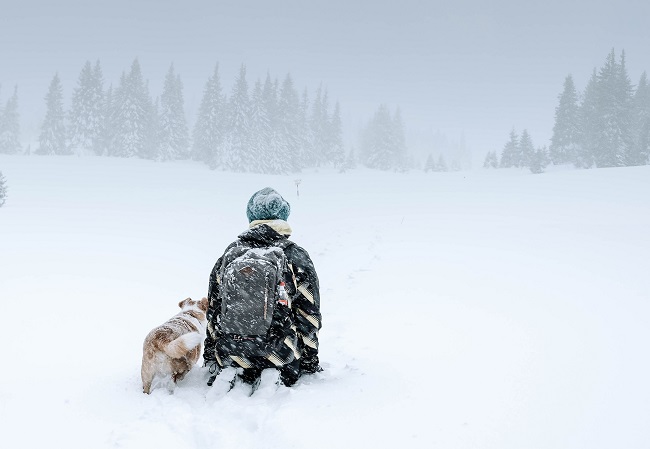 Guest post by David Jeremiah, excerpted from his book, Why the Nativity?

In the beginning there was God. And, being God, He created.

The creations of God were magnificent. He made a universe of unbounded dimensions, measured out in stars and galaxies. Its size was matched by its vast complexity, in the intricate dance of atom and molecule. The range of His artistry—His color, His sound, His silence—reflected the wealth of His power and love. 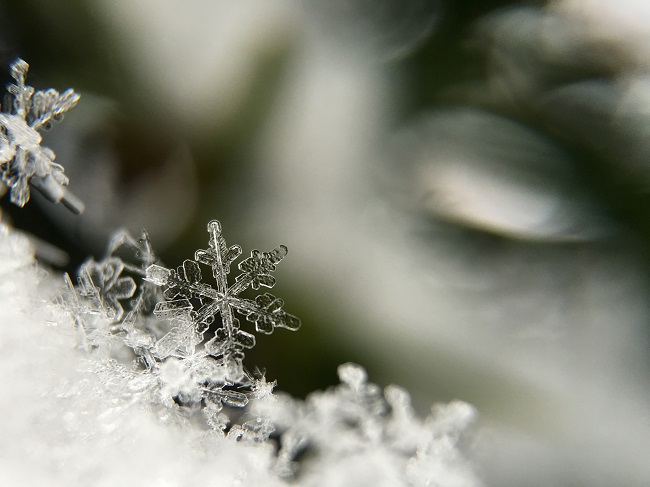 But God wanted more than worlds, so He created life. He turned to His special world, the earth, and filled it with plants and animals, monstrous and microscopic—a kingdom of moving and breathing and even thinking creatures, all fashioned in wild variety. There were towering, brooding redwood trees that held court for twenty centuries, decorated by mayflies whose life began and ended within a single day.

But God wanted more than life; He wanted friendship, so He created mankind. This would be His crowning work: a manifestation of life that would reflect His own being. Rocks and trees, stars and whales—these were wonderful, but they were not His children. Men and women, as He made them, would be the close-knit family of an infinite God, clothed though they were in flesh and blood. An outrageous idea for communion it was: the perfect, infinite Spirit who is Lord of all, and the tiny, limited creature that calls itself human. 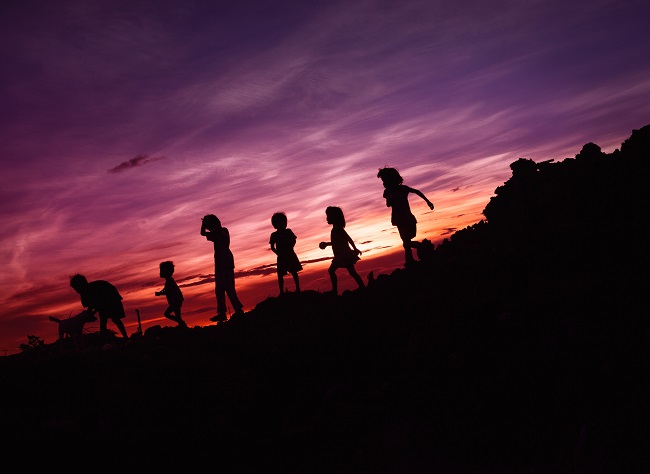 Yet there was love between them until the children of earth stumbled. That’s a story for another day, but the truth is that God’s children chose disobedience and fled in shame from his presence. Another name for the disobedience was sin, and it became an insurmountable barrier between the Creator and His creatures. Men and women knew God as one would regard a distant uncle who was never seen face-to-face.

Are you new to following Jesus? Here’s a handy blog designed just for you: Your First Christmas as a New Believer

In certain moments, the children of earth realized how different life could be. One poet looked around him at the beautiful world and reflected:

When I look at the night sky and see the work of your fingers—
the moon and the stars you set in place—
what are people that you should think about them, mere mortals that you should care for them?
Yet you made them ­only a little lower than God and crowned them with glory and honor. – Psalm 8:3-5

The gulf between that eternal Creator and His tiny, incapable children was just too great. As a result, many ignored Him completely. The best and most obedient strove gallantly to please Him, but the stubborn human strain of disobedience doomed every effort. 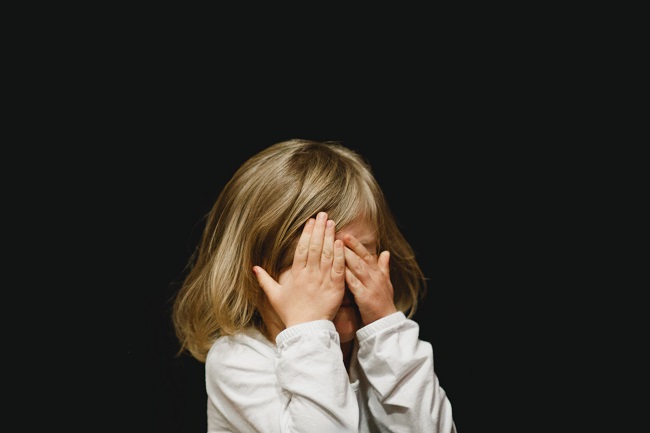 The children had no illusions about their weakness. They knew they were lost, and they longed for the Father to whom every instinct drew them. In their wisest moments, they realized that even now, even with all they had done wrong, their distant Father loved them with an everlasting love. It was a hopeless longing all the same, for the separation remained. He was pure and they were stained. How could they ever aspire to the perfection that would make them worthy of Him once again? They might as well set to work on a ladder to the moon.

If the children felt their loss so bitterly, how much more severe was the pain in the Father’s heart? It was as great as His love was vast. As is true for any parent, His children were His greatest joy. They had failed Him time and again, each of them, every day—yet His affection for them was undiminished. He loved each child perfectly, boundlessly, as if that little one were His ­only child. 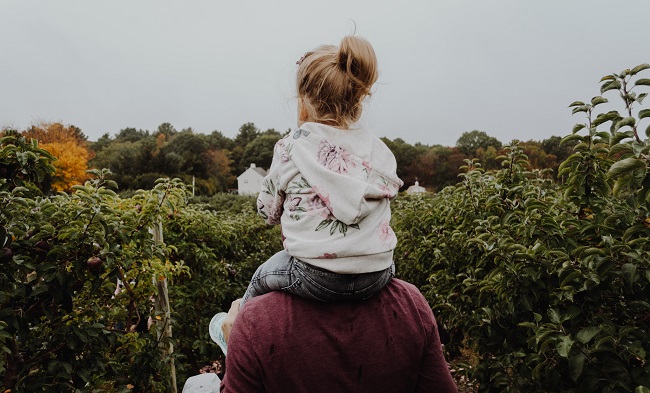 So the Father yearned through the centuries and the rise and fall of civilizations, never ceasing to reach out to His prodigal family. He did this in every possible way: through the glories of His creation, through the immeasurable gifts He gave them, through the words of prophets and teachers. He dispatched servants with countless messages that said the same thing in ten thousand ways: “Come home, come home! You are loved now and forever.”

The great problem must have a solution. The first order of business was to reintroduce the children to their Father. How could impure flesh know pure Spirit? There must be a way that men and women could know what God is like and, therefore, realize what life can be. The full extent of that, of course, was greater than the capacity of their understanding. For example, they could never comprehend the nature of heaven. To do so, they would need to enter those gates—and in their tainted humanity, they could not do so.

Yet heaven could come to them. 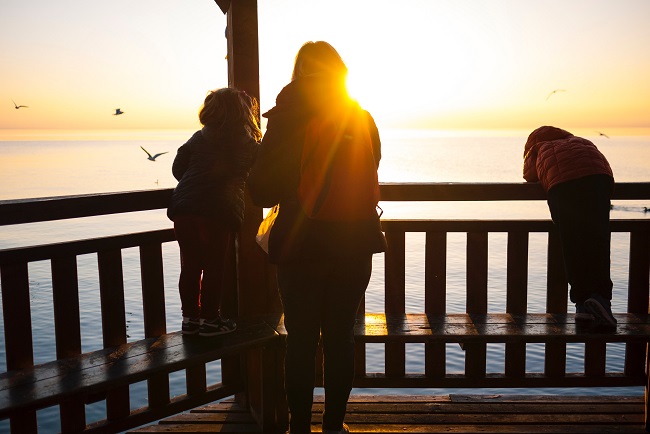 Heaven could not be poured into the stained vessel that was the earth. But there was another way: God Himself could make the journey. He could pour His Godhood into flesh and blood and visit the earth as a man! He could walk among people as a full-fledged human being in every respect, yet be fully God at the same time. He had sent prophets many times, but now He would do something far more shocking. He would leave the throne of heaven to walk among them—a King in disguise, the Lord of the universe in human scale, the Creator among His creatures.

Then the nature of God would be clear to all. People on earth could see what God was like. They would behold His perfect love and faithfulness, his unbounded devotion even to those who were sick or small or dark hearted. They would know the things that mattered to Him. And in that Incarnation, they would see a perfect model of what life could ­really and truly be.

All of this must happen if God and humanity were ever to be reconciled. So the Lord of the universe invaded this world.

He entered our world through a doorway called Bethlehem, and the world was changed forever.

The Word became human and made his home among us. He was full of unfailing love and faithfulness. And we have seen his glory, the glory of the Father’s one and ­only Son. – John 1:14

If you were God, would you have chosen the same method to reach humanity? Why or why not?

What ways did God use to reveal Himself to man before He sent His Son?

Blog post excerpted from Why the Nativity? by David Jeremiah.

God desires and commands us to live in wisdom—”Don’t live like fools, but like those who are wise.” (Ephesians 5:15). In Proverbs 23:23 we are told to “get wisdom,” and the Proverbs themselves are one of the best places to observe and learn that wisdom. God gave us this book to teach us how to walk […]

Adapted from Dr David Jeremiah’s book, Why the Nativity? As the moon lit the treetops and the evening breeze cooled her skin, Mary rested quietly, renewing her strength. She gazed in wonder at the tiny, living gift in her arms. Any child, of course, is a miracle from heaven—a firstborn in particular. Even so, Mary […]

« Why Did Jesus Come When He Did?

Why Did Jesus Come to Earth? »