This collection bundles all three of the Side Roads novels by Sally John together into one e-book for a great value!

Ransomed Dreams
Sheridan Montgomery leads a charmed life as the wife of Eliot, U.S. ambassador to Venezuela. But an attack on their lives cripples Eliot, and they retreat to a remote Mexican village. As Sheridan quietly cares for her husband, she sees her dreams slipping away. Luke Traynor shatters their reverie when he arrives to tell Sheridan of her father’s heart attack and the evidence implicating him in a conspiracy. Sheridan returns to Chicago to untangle the web of her father’s past and is forced to confront her feelings for Luke, a trail of deceit, and the truth about her marriage.

Desert Gift
What does a nationally known marriage expert do when her own marriage falls apart? Just as Jillian Galloway sets out for a publicity tour to promote her new book, her husband drops a bombshell: He wants a divorce. Jill flees to her parents’ home in the California desert, wondering whether everything she’s built her career on—indeed, everything she’s built her life around—is a sham. Navigating this “side road” of life is an uphill climb that leads to new understandings about herself, her marriage, and her relationship with the One who created marriage.

Heart Echoes (2013 Carol Award winner for Contemporary Fiction from ACFW!)
In the aftermath of a massive Los Angeles earthquake, the perfect existence Teal Morgan-Adams has built begins to crumble. Teal’s daughter, Maiya, is determined to learn the identity of her biological father, despite the loving devotion of her stepdad, River Adams. But that’s a secret Teal hoped would remain buried forever. She has never shared the truth with anyone . . . not her family, not River, not even Maiya’s father. As Maiya’s rebellion escalates, Teal receives tragic news from her sister and decides to take Maiya home to Cedar Pointe, Oregon, a place she’s avoided most of her adult life. But will her already-strained marriage survive the distance and the secrets she’ll be forced to face there? And can Teal erase the lies that echo in her heart? 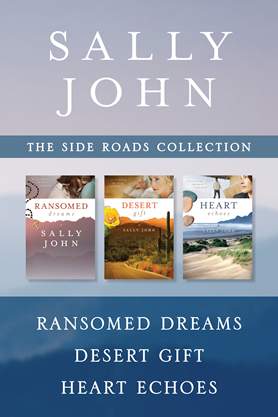