This collection bundles all 3 volumes of Susan May Warren’s popular Noble Legacy series together in one e-book, for a great value!

#1 Reclaiming Nick
Nick Noble hadn't planned on being the prodigal son. But when his father dies and leaves half of Silver Buckle—the Noble family ranch—to Nick's former best friend, he must return home to face his mistakes, and guarantee that the Silver Buckle stays in the Noble family. Award-winning journalist Piper Sullivan believes Nick framed her brother for murder, and she's determined to find justice. But following Nick to the Silver Buckle and posing as a ranch cook proves more challenging than she thinks. So does resisting his charming smile. As Nick seeks to overturn his father's will—and Piper digs for answers—family secrets surface that send Nick's life into a tailspin. But there's someone who's out to take the Silver Buckle from the Noble family, and he'll stop at nothing—even murder—to make it happen.

#2 Taming Rafe
Hotel heiress Katherine Breckenridge just wants to make a lasting difference in her world by running her late mother's charity foundation. But she fears she lacks the passion and courage to be as successful as her mother was—a fear that's realized when money from the foundation goes missing and Katherine's one shot to recover it is ruined by Rafe Noble. Two-time world champion bull rider Rafe Noble is at the top of his game when tragedy hits. Guilt stricken over the loss of his best friend, Rafe accidentally drives his truck into the lobby of the Breckenridge Hotel during Katherine's fund-raiser. With a broken knee, a ruined reputation, and the threat of several lawsuits, Rafe goes back to his family's ranch—the Silver Buckle—to recover. Desperate to save the foundation, Katherine heads to the Silver Buckle to talk Rafe into helping her raise the needed funds. But a few days under the bright Montana skies give her more than she bargained for, and Kat discovers there's more to both herself and Rafe Noble than she realized.

#3 Finding Stefanie
Everyone around Stefanie Noble is content, but it seems that her “happily ever after” has passed her by. Then two troubled girls and their older brother, Gideon, show up in town and clearly need help. Could they bring the fulfillment that Stefanie has been searching for? Hollywood hotshot Lincoln Cash has made a life playing the role of an action hero, basking in the laurels of his fame, fortune, and adoring fans. But when he's diagnosed with a debilitating disease, he knows that life will soon be over. He only has a small window of time to start a new career, one that will earn him legitimate filmmaker kudos. He soon heads to Phillips, Montana, to put his plan into action. Not everyone is pleased with the movie star's arrival, especially not Stefanie Noble. She's even less enamored when he accuses Gideon of arson and tries to run him out of town. But what Lincoln and Stefanie don't know is that neither the fire nor the other strange things that have happened around town are really accidents. Someone is out to get them . . . but who? And who is the real target? 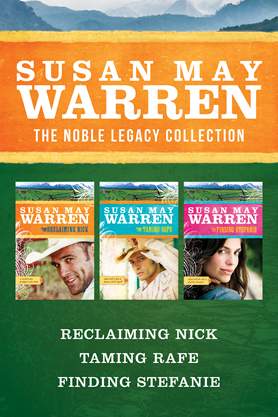