In just 2 volumes, get all 12 books in the New York Times bestselling series! Over 63 million copies sold!

“This is the most successful Christian-fiction series ever.”
—Publishers Weekly

“Tim LaHaye and Jerry Jenkins . . . are doing for Christian fiction what John Grisham did for courtroom thrillers.”
—Time

“Call it what you like, the Left Behind series . . . now has a label its creators could have never predicted: blockbuster success.”
—Entertainment Weekly 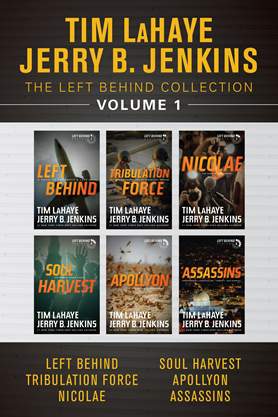