This collection bundles all 4 of Mel Odom’s blockbuster Left Behind: Apocalypse novels into one e-book for a great value!

#1 Apocalypse Dawn
From the decks of U.S. Navy carriers patrolling the Mediterranean to Fort Benning, Georgia, and the dusty sands of the Turkish-Syrian border, this suspense thriller runs side by side with the phenomenal series that has sold more than 50 million copies. Characters and situations are added to those from the Left Behind series to raise the tension to a fever pitch. With technical accuracy from the same people who create best-selling military thrillers, this series will satisfy the fans of the Left Behind series who are looking for more.

#2 Apocalypse Crucible
Danger and personal crisis on land, sea, and air combine with a level of spiritual warfare that is unparalleled in a Christian book. Crucible is a page-turning thriller that runs side by side with the phenomenal Left Behind series. The world is exploding in confusion and terror following the disappearances in book one. Meanwhile, Army Rangers and Marine Special Forces are struggling to keep the peace, while fighting spiritual battles of their own in the sands of Turkey and back home.

#3 Apocalypse Burning
First Sergeant Samuel Adams “Goose” Gander is on the front lines, fighting a battle against superior forces. Goose’s wife, Megan, is fighting for her freedom in a court case where all the facts seem stacked against her. Meanwhile, Chaplain Delroy Harte believes that the Rapture may have happened but can’t be sure until he has dealt with the demons of his past.

#4 Apocalypse Unleashed
In this a much-anticipated conclusion to the Apocalypse series, First Sergeant “Goose” Gander of the United States Army Rangers is in over his head, and he knows it. Trapped by the Rapture in the carnage of Middle Eastern war, far from his wife and kid back home, he’s living every day on the edge, afraid each moment might be his last, terrified that he’ll never see the people he loves again. The war on the Syrian/Turkish border is heating up, and the opposition armies and the local warlords are skirmishing for power in a no-man’s land filled with innocent victims that Goose hopes to protect. Goose soon discovers elements within his own forces, fearful of his leadership, are determined to bring him down. With everybody gunning for him, Goose is going to need a miracle to pull off his mission. Even as he struggles to believe in the God of miracles, Goose is about to discover the power of redemption and the bulwark of pure faith. And as the Hand of God closes over him and he accepts salvation, Goose Gander will finally find the peace he seeks, even as the war-torn land around him explodes in violence. 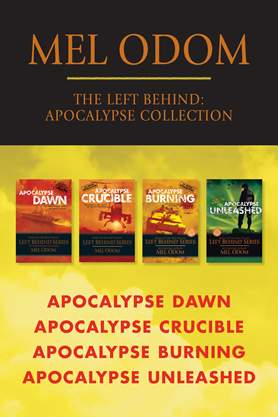