This collection bundles three of Jennifer Erin Valent’s 20th-century historical romance novels into one e-book for a great value!

Fireflies in December
2010 Christy Award winner! Jessilyn Lassiter never knew that hatred could lurk in the human heart until the summer of 1932 when she turned 13. When her best friend, Gemma, loses her parents in a tragic fire, Jessilyn's father vows to care for her as one of his own, despite the fact that Gemma is black and prejudice is prevalent in their southern Virginia town. Violence springs up as a ragtag band of Ku Klux Klan members unite and decide to take matters into their own hands. As tensions mount in the small community, loyalties are tested and Jessilyn is forced to say good-bye to the carefree days of her youth. Fireflies in December is the 2007 winner of the Christian Writers Guild's Operation First Novel contest, and a 2010 Christy Award winner.

Cottonwood Whispers
In this sequel to Jennifer’s award-winning debut novel Fireflies in December, Jessilyn Lassiter and her best friend Gemma Teague have survived prejudice and heartache in their lifelong friendship, but the summer of 1936 threatens to tear them apart yet again. Gemma’s job with the wealthy Hadley family leads to a crush on their youngest son. But Jessilyn’s insistence that he’s no good and that no rich white man would ever truly fall for a poor black girl like Gemma puts them at odds. Tragedy strikes when Jessilyn’s cherished neighbor girl is hit by a car and killed. Things get worse when an elderly friend is falsely accused of the crime, and the only way to clear his name is to put her family’s livelihood in jeopardy. For Jessilyn, this is a choice too hard to bear and she wonders where to turn for answers, especially when an angry mob threatens vigilante justice.

Catching Moondrops
Jessilyn Lassiter no longer has to convince people she’s not a child. Having just turned 19 in the summer of 1938, her love for Luke Talley has never been more real. And Luke is finally beginning to care for her in the way she’s always dreamed of. But their budding romance is interrupted when Tal Pritchett—a young, black doctor—comes to Calloway, stealing the heart of Jessilyn’s best friend, Gemma, and stirring up the racial prejudice that has been simmering just beneath the town’s surface. The tension starts to bubble over when Jessie’s elderly neighbor Miss Cleta becomes the first white townsperson to accept Tal’s treatment. And when a young black man is lynched, Calloway is brought to its knees once again as Jessilyn realizes that her anger can make her heart as full of hate as the Klan members who have terrorized her town and her family. 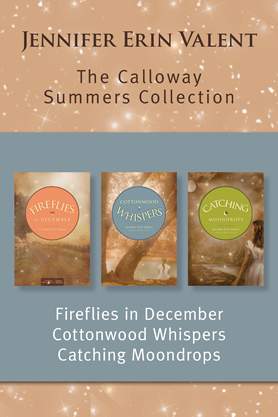