Book 3 in the 12-book series that has sold over 63 million copies!

Nicolae: The Rise of Antichrist
Rayford Steele and Cameron “Buck” Williams find themselves pressed into service for the man they believe could be the Antichrist. Nicolae Carpathia takes over the United Nations, signs a peace treaty with Israel, and begins to lure the nations of earth together to form one global village. As believers band together following the Rapture, their peaceful world is destroyed again when global war erupts. 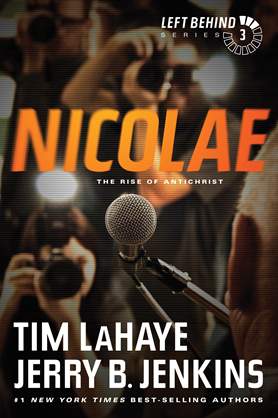