This remarkable autobiography is a journey from terror, violence, and despair into freedom, peace, and joy. Catching Ricebirds: A Story of Letting Vengenance Go is Marcus Doe's true story as a Liberian refugee who lost his family and fled his country, and ultimately learns to forgive and find peace again. In this gripping autobiography, a refugee recounts his journey from fear, violence, and despair into freedom, peace, and forgiveness. Marcus Doe was born in Liberia, West Africa, in 1979. Affectionately nicknamed "Jungle Boy" by his family, he reveled in his childhood life and was hardly aware of the dangerous political climate swirling around him. But by mid-July 1990, a violent civil war erupted and Liberia was thrown into a time of fear, starvation, and death. Separated from his family, Marcus embarked on a remarkable journey to escape the war-ravaged country he loves and wounds that he carried in his memory. But God's light reached him in this darkness. Where he had been filled with hatred, Marcus slowly learned to forgive. Now his mission is to bring the hope and the peace of Christ to others. Marcus's life unfolds in four movements: first as a young boy living in Monrovia, the capital of Liberia, during a perod of growing unrest; second as a refugee fleeing from rebel forces that would kill him and his family wihout a second thought; third as a wanderer in foreign countries -- Ghana, the United States -- unable to return to his childhool home; and finally as an adult, coming to grips with the loss he experienced and longing to see his own healing extended to others still haunted by Liberia's suffering. Fans of the New York Times bestseller Unbroken about Louis Zamperini will love this story as well, as it has similar themes of one man's struggle to find redemption in the face of incredible hardship. 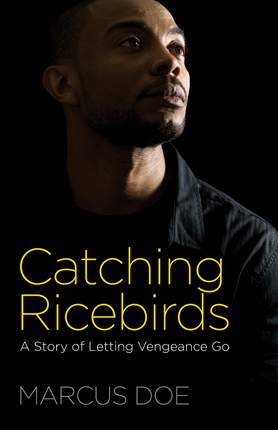