The Bible wasn’t written in any modern day language, but it was written in every day languages of the times. For many of us ancient Greek and Hebrew can seem sacred or special, but for the people in biblical times it was what they spoke every day. Since most of us don’t speak either of those languages we rely on translations to help us read God’s Word in our own every day language. But it can be exciting to dig into the original language and gain a personal understanding of the words of the Bible.  Our Slimline Center Column Reference Bibles offer you just that opportunity. They include over 200 Hebrew and Greek word studies throughout the Bible text. These word studies give readers a glimpse into the inner workings of the New Living Translation and open a small window to the original languages of the Bible. 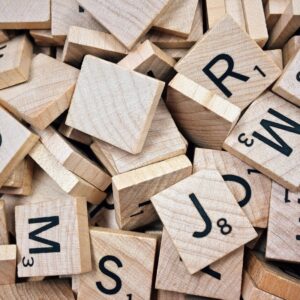 While reading through the Bible text, you will find at various places a superscript letter attached to the front of an English word. In the cross-reference column, there is a transliteration of the Hebrew or Greek word or phrase that underlies the translation at that point, along with the Strong’s number(s) in parentheses and the location of the next reference in that Hebrew or Greek word chain. If you follow the reference chain, eventually you will read through all of the marked instances of that word or group of words in the entire study Bible. Doing so is a good way to begin doing Hebrew and Greek word studies.

Another way to use the tool is to systematically study a particular word from those listed in an NLT Slimline Center Column Reference Bible. In these Bibles we have listed and defined all of the words that are included in the Hebrew and Greek word-study chains. The references in the chains are selective and do not represent all of the places where a Hebrew or Greek word occurs in the Bible; we chose a limited number of instances in order to show the variety of usage for a given term or group of terms. If you want to do a complete study of a biblical word, it would be a good idea to read most or all instances, which you can find with Strong’s Concordance or a similar tool. 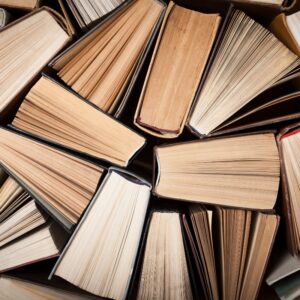 You can take your study of Hebrew and Greek words further by obtaining a copy of Strong’s Exhaustive Concordance of the Bible. Dr. James Strong first published his exhaustive concordance of the King James Version in 1890, and the system he created for referring to every individual word in Hebrew and Greek by a number has been tremendously helpful for English readers who want to do word studies in the original languages. The Strong’s numbering system has become the de facto standard for English language word-study tools. There is a wide variety of other publications and software tools available with which you can take your study of any Hebrew or Greek term further.

The dictionary and index in an NLT Slimline Center Column Reference Bible is organized using the Strong’s numbering system, named for the system used in Strong’s Concordance. For any word you find while reading the text, you will simply have to use the Strong’s number to find the brief definition and full chain. Please note that there are separate numbers and lists for the Hebrew words in the OT and the Greek words in the NT.

If you follow the entire word chain, note each context in which the word occurs and how it has been translated. You will get a good feel for the range of uses that each word can have, and you will get a unique glimpse into the inner workings of the NLT. 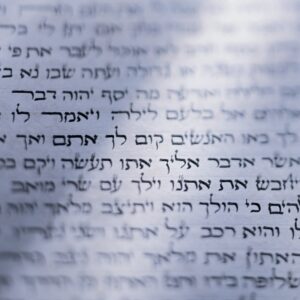 Because the Bible was originally written in ancient languages that are quite different from our own, the Hebrew and Greek words of the original text are often seen as strange and wonderful. Sometimes, Greek and Hebrew words are portrayed as though they are somehow a special or “divine” language containing more significant meaning than normal languages like English. In truth, biblical Greek and Hebrew are normal human languages, with words that are similar to the words of any language.

Words are complex animals. Consider, for example, the word animal in the previous sentence. In most contexts, that word conjures up images of wildlife. In this particular instance, however, it means something quite different. Words have a dynamic relationship to meaning, neither confined to a dictionary entry nor free to mean anything at all. Few readers whose mother tongue is English would have misunderstood the meaning of the sentence, “Words are complex animals,” but it could certainly cause confusion for a reader whose knowledge of English is minimal.

When confronted with a word from any foreign language, especially an ancient one like the Hebrew or Greek of the Bible, people can misunderstand if they aren’t careful to study the word in a way that makes sense with how language is used. Some common mistakes that are made in studying words in the biblical languages include the following:

This website uses cookies to improve your experience while you navigate through the website. Out of these cookies, the cookies that are categorized as necessary are stored on your browser as they are essential for the working of basic functionalities of the website. We also use third-party cookies that help us analyze and understand how you use this website. These cookies will be stored in your browser only with your consent. You also have the option to opt-out of these cookies. But opting out of some of these cookies may have an effect on your browsing experience.
Necessary Always Enabled
Necessary cookies are absolutely essential for the website to function properly. These cookies ensure basic functionalities and security features of the website, anonymously.
Functional
Functional cookies help to perform certain functionalities like sharing the content of the website on social media platforms, collect feedbacks, and other third-party features.
Performance
Performance cookies are used to understand and analyze the key performance indexes of the website which helps in delivering a better user experience for the visitors.
Analytics
Analytical cookies are used to understand how visitors interact with the website. These cookies help provide information on metrics the number of visitors, bounce rate, traffic source, etc.
Advertisement
Advertisement cookies are used to provide visitors with relevant ads and marketing campaigns. These cookies track visitors across websites and collect information to provide customized ads.
Others
Other uncategorized cookies are those that are being analyzed and have not been classified into a category as yet.
Non Necessary
Any cookies that may not be particularly necessary for the website to function and is used specifically to collect user personal data via analytics, ads, other embedded contents are termed as non-necessary cookies. It is mandatory to procure user consent prior to running these cookies on your website.
Save & Accept