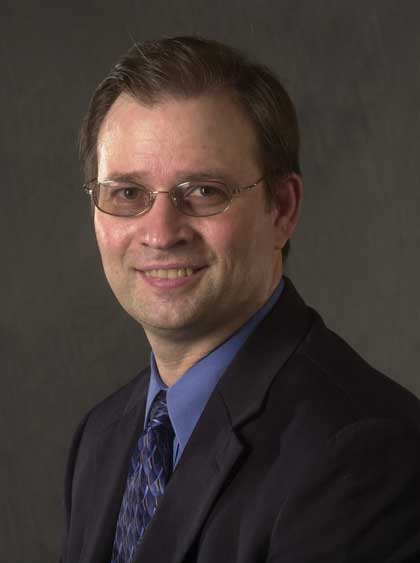 Stan Finger is a reporter for the Wichita Eagle and has been with the Eagle for the past 22 years. Stan has a degree in journalism from Wichita State University.

Stan has developed a reputation for his ability to handle difficult stories with skill and grace. He is adept at discovering and illuminating core truths in his stories, told from the perspective of the people involved in them.

He was nominated for the 1997 Pulitzer Prize in feature writing for a series in which he followed one of the last locally owned Flint Hills ranches through a grazing season. He was also a primary reporter in the Eagle's coverage of the serial killer BTK, which was nominated for a Pulitzer in 2006.

The BTK Strangler resurfaced in March 2004 after nearly 25 years of silence. Dennis Rader was caught in February 2005, admitted to being BTK, and pleaded guilty to 10 murders in and around Wichita between 1974 and 1991. The story drew intense interest from national and international media, as well as Hollywood.

Finger received the Eagle's "Story of the Year" award in 2001 for a serial narrative about a family whose son committed suicide only months after telling his family that he has been abused by a priest when he was an altar boy. His stories about that priest's pattern of abusing altar boys led to a criminal investigation. The priest pleaded guilty to four sex crimes and served five years in prison. Finger was nominated for Knight Ridder's national Excellence in Journalism award.

Other projects Finger has completed include a serial narrative about a terminally ill single father preparing his two young boys for life after his death and a piece about a young man performing community service at the church whose pastor was the wife of the man he killed in a drunk-driving accident.

In his two decades at the Eagle, Finger has covered a wide range of beats and projects. He is currently a member of the paper's Crime and Safety team, covering the police beat.

Stan is a devout Catholic whose faith is ingrained in his life. He considers his love of writing and his skill at it as gifts from God, and this book as an opportunity to give something back through them—to God and to those who read Robert's story.

All Products From Stan Finger