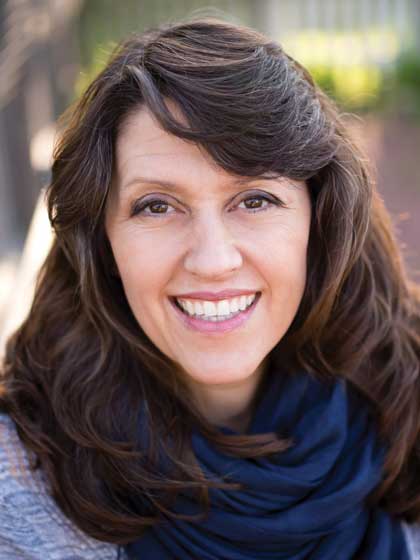 September and her husband, Scott, have been married for thirty-two years and have five grown children and two grandchildren—and counting. Scott and September live just outside of Chicago—far too distant from those grandbabies and their parents, aunts, and uncles, who all went to college in California—and stayed!

September grew up on an old dairy farm in Issaquah, Washington, and thus prefers Levi's over Calvin Kleins. She digs barehanded in her garden—at the expense of her nails—and cooks harvest-size meals even though the kids are grown and gone. Also, her propensity for befriending wild animals may or may not have earned her the nickname "that raccoon lady" at her local Petco.

Her other job is writer/curriculum developer in the pastoral response department at Willow Creek Community Church, where she also teaches in workshops on parenting, grief/loss, and marital restoration. "With the exception of parenting, this trifecta of interests is not what I ever imagined my life would be about," she says, "but I've learned to mine deeper joy and richer beauty from the avalanche of pain each of us must sometimes face. Today I genuinely love walking alongside people in their seasons of pain."

September finds deep satisfaction in making things from scratch, finding just the right phrase to close a scene, and savoring conversations with friends until the coffee has long grown cold.

All Products From September Vaudrey