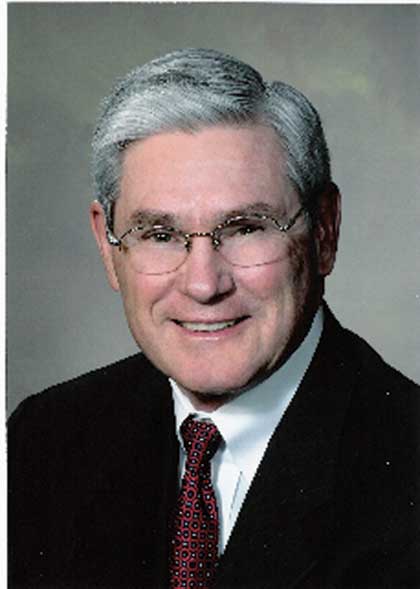 Following his graduation from Indiana University with a master of business administration degree, Ron joined the management group of Peat, Marwick, Mitchell & Co. and worked with the firm in New York City, Dallas, and San Francisco.

In 1970, Ron founded an Indianapolis-based CPA firm that has grown to be one of the 50 largest CPA firms in the United States. Leaving the CPA firm in 1977, Ron became administrative vice president of Leadership Dynamics International. While with Leadership Dynamics, he was involved in developing and teaching biblically based leadership and management seminars in the United States and Africa.

Convinced that Christians would better handle their personal finances if they were counseled objectively with the highest technical expertise and from a biblical perspective, he founded a financial planning firm in 1979. That firm grew to manage over $2 billion in assets for its more than 5,000 clients nationwide with a staff of over 175 people in 14 regional offices.

Ron retired from the financial planning firm in 2003 in order to lead Kingdom Advisors, an international effort to equip and motivate Christian financial professionals to serve the body of Christ by implementing biblical wisdom in their lives and practices, resulting in financial freedom and increased giving by thousands of dollars by thousands of Christians around the world.

Ron is the author of 17 books on personal finance from a biblical perspective, including the best seller Master Your Money, first published in 1986 and now in its thirtieth printing; Your Money After the Big 5-0, coauthored with Larry Burkett; Splitting Heirs; and his most recent books, Faith-Based Family Finances and Surviving Financial Meltdown. He is featured in the popular six-part Master Your Money video series, produced by Walk Thru the Bible Ministries and used in over 5,500 churches across the country.

Ron has appeared on numerous radio and television programs, including Focus on the Family, Family News in Focus, The 700 Club, Prime Time America, and Moody Radio's Open Line. He is a regular contributor to several national Christian magazines.

In 2002, Ron received the Honors Award from the Georgia chapter of the Financial Planning Association (FPA). In 2003, he received the honored designation of Distinguished Entrepreneur from the Indiana University Kelley School of Business, his alma mater.

Ron and his wife, Judy, live in Atlanta. They have five children and eleven grandchildren.

All Products From Ron Blue