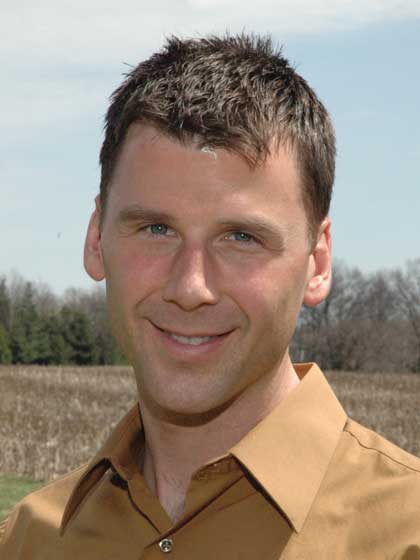 Robert Rogers has a degree in electrical engineering from the University of Cincinnati and a master of business administration degree from Keller School of Management. An accomplished songwriter and pianist, Robert studied music education at Anderson College for two years.

Robert was born and raised in Cincinnati, Ohio. He is the youngest of eight children. His parents have been married for more than 53 years. The foundation of faith and family that Robert's parents emphasized, coupled with the faith that bloomed during Robert's days as an altar boy and devout Catholic in parochial grade school and Jesuit high school, established the core of his personal relationship with God—and, later, with his own family.

At the age of 16, Robert personally dedicated his life to Jesus at a small nondenominational church in Newport, Kentucky. Since then, his relationship with the Lord, not his religion or denomination, has guided the core of his faith.

Robert met his deceased wife, Melissa, while they were both working in the Boston area. They were happily married for nearly 12 years before her death. Robert and Melissa had four children who also perished in the flood: Makenah (age 8); Zachary (age 5 ½), born with Down syndrome; Nicholas (age 3 ½); and Alenah (age 1 ½), adopted from China with special needs.

After working as an electrical engineer for 13 years to support his family, Robert resigned from his engineering career and answered the call to minister and share God's amazing grace and the faith that brought him through this tragedy. In 2004 he formed Mighty in the Land Ministry, whose vision is to turn the hearts of people to God, and the hearts of parents and children to one other—worldwide. Robert has dedicated his life to helping others to know God and live a life of no regrets, as he has done. Robert accomplishes this by sharing his story and lessons God has taught him through spoken and written words and original songs at the piano.

Robert has ministered hundreds of times across the country. He has appeared on ABC's Good Morning America with Diane Sawyer, CBS's The Early Show with Hannah Storm, CNN's American Morning with Soledad O'Brien, and The Montel Williams Show.

He has also been a welcomed guest in Christian media. He has been featured on Focus on the Family with Dr. James Dobson, Moody Broadcasting Network's Open Line, and on the national television broadcast of the Billy Graham Crusade. He has also been profiled in the Baptist Press News, the men's magazine Stand Firm, and in Decision magazine.

Robert has several ties with Integrity Music. While living in California, Robert accompanied Ron Kenoly on tour. Integrity Music published an original composition from Robert's Resurrection CD, entitled "How Can I Glorify?"—a song of hope written from the depths of despair less than two months after the flood. In addition, Integrity Film & Video produced a five-minute testimonial interview that has been incorporated into a video series entitled Visual Worship: Disappointment.

To honor the memory of his family, Robert established the Mighty in the Land Foundation, which is dedicated to advancing adoption and care for orphans and special-needs children worldwide. The current goal of the foundation is to raise enough funds to sponsor five orphanages in five different areas of the world.

All Products From Robert T. Rogers