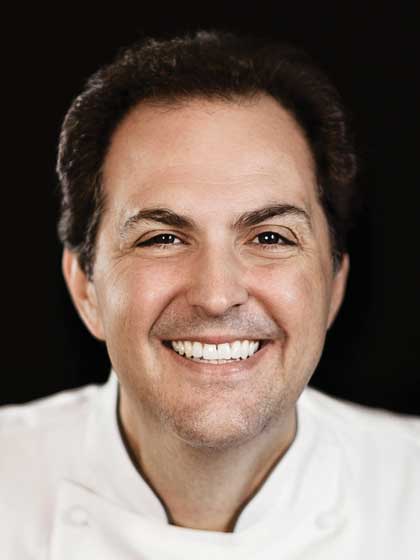 In 2010, Tramonto announced his partnership with Louisiana native chef John Folse and the formation of a new restaurant company, Home on the Range. In 2012, Tramonto and Folse opened their first joint project, Restaurant R'evolution, in the Royal Sonesta Hotel, located in New Orleans' renowned French Quarter. Their second project together is Seafood R'evolution in Ridgeland, Mississippi, which opened in 2014.

Tramonto is an accomplished author with eight titles to his credit. His memoir, Scars of a Chef, was published in 2011. His cookbooks include Steak with Friends; Osteria; Fantastico!; Tru; Amuse-Bouche; Butter Sugar Flour Eggs; and American Brasserie (a finalist for the Julia Child Cookbook Awards).

Tramonto has a long history of working in television as well, appearing on Oprah, Today, CBS This Morning, Simply Ming, and Iron Chef America. He was a guest judge on Top Chef, and he was a contestant on Season 2 of Bravo's Top Chef Masters.

All Products From Rick Tramonto

Scars of a Chef