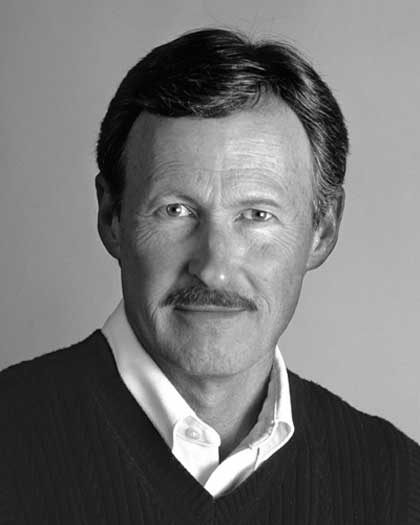 Born and raised in Southern California, Ric Ergenbright credits his professional success to the skills and interests he gained while growing up in the shadow of his father's photographic travel company, Thru The Lens Tours—a business that Ric took over after returning home from the University of New Mexico and after three years at the U.S. Army Pictorial Center in Germany.

Operating America's largest photographic travel program for the next 14 years, Ric gained a deep and practical knowledge of the world, and he built an extensive library of high-quality images that enabled his later success in stock photography.

Selling Thru The Lens Tours in 1983, Ric and his wife, Jill, moved to central Oregon in search of a better location to raise their three daughters and to photograph the American West. There they built a competitive stock photo business based on Ric's international coverage while he shot new large-format landscape images for their files. Matching the quality and speed of their big-city competitors, they quickly gained a loyal following of nationwide image buyers. Now, through the Internet, they offer that same service to the world.

Upon the death of his father in 1986, a change occurred in Ric's life that had a major impact on his photography and career. Seeking answers to questions that often get asked in times of loss, Ric began a serious study of the Bible—and God graciously used it to open his heart and eyes to the seamless relationship between Scripture and nature that defines both realms. Seeing the world through new eyes, Ric began to share this vision through books and printed products that blend the world and the word of God in a quiet, powerful way that praises Him for, and through, His creation.

One national and two regional television shows have been produced about Ric's work, and an exhibit of his images from prewar Afghanistan toured the U.S. Senate in 1986. He is a recipient of the Nature's Best Photography Award, a Pictures of the Year Award, and the prestigious Lowell Thomas Award and is one of the few contemporary photographers represented in the book and exhibit Odyssey: The Art of Photography at National Geographic. His best-selling book The Art of God: The Heavens and The Earth (Tyndale House) is the winner of the ECPA Gold Medallion Award for the best Christian gift book of 2000, and its sequel, The Image of God: The Glory of Man, released in May of 2004. His recent books include: Reflections (a devotional journal), The Misery of Job and the Mercy of God (with John Piper), and Think about These Things (Crossway).

Ric's books, prints, and photographic products may be viewed at http://www.ricergenbright.com. or www.artofGod.com.

All Products From Ric Ergenbright

The Art of God