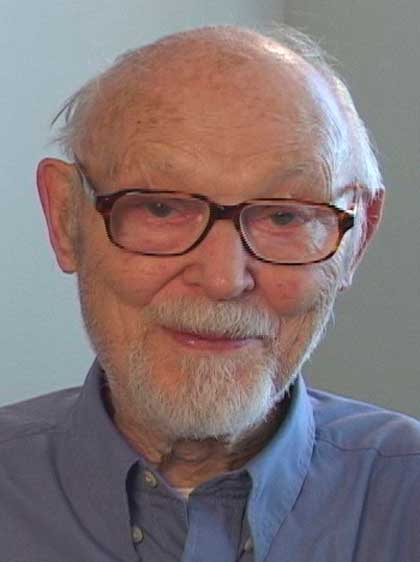 Throughout his publishing career, Dr. Kenneth Taylor's dream was for all peoples of the world to read and understand God's Word and experience its power at work in their lives.

From his earliest children's books to his generous support of Christian ministry, this vision was (and still is) reflected in his work. Ken Taylor, founder of Tyndale House Publishers, died in June 2005 at the age of 88.

Early in his publishing career in the 1950s as director of Moody Press, Dr. Taylor wrote several children's books. Born out of experience with his own ten children, Stories for the Children's Hour, The Bible in Pictures for Little Eyes, and others are now being enjoyed by a third generation of children. My First Bible in Pictures was included in Publishers Weekly's list of "All-Time Best-Selling Children's Books" in 2001. His love for children (including his 28 grandchildren and 35 great-grandchildren) continues to inspire new titles.

In fact, it was his children, in their confusion over the meaning of the King James Version, who prompted his mission to make the Bible understandable for everyone. Dr. Taylor's Living Letters, a thought-for-thought translation of the New Testament Epistles, was published by the newly formed Tyndale House Publishers in 1962. The complete Living Bible followed in 1971 and has now sold over 40 million copies in its many editions.

Tyndale has become one of the top evangelical publishers in America and today publishes books, several Bible lines, periodicals, and videos. During the past 40 years, Tyndale House has distributed over 100 million Bibles, New Testaments, and Bible portions worldwide.

Dr. Taylor used the success of The Living Bible to further his mission by distributing all its royalties to Christian ministries worldwide. He founded Living Bibles International (which merged in 1992 with the International Bible Society) for translating, publishing, and distributing modern-language versions of the Bible around the world. His life of service has been recognized with at least 30 honors and awards from different organizations, including four honorary doctorates. In October 2000, Dr. and Mrs. (Margaret) Taylor were awarded the Distinguished Service to Family Award by Wheaton College.

All Products From Kenneth N. Taylor

My First Bible in Pictures