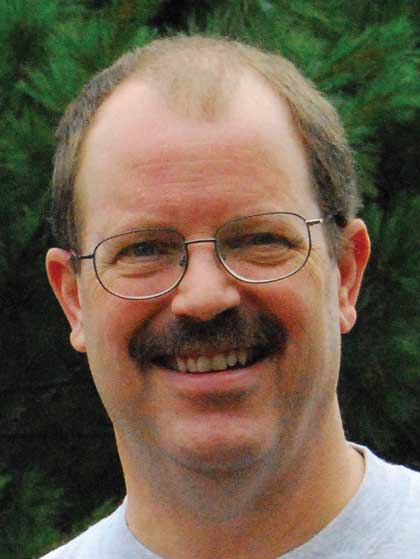 Jim Pence, his wife, Laurel, and his two children, Christopher and Charlene, live near Greenville, Texas, where he directs Tuppence Creative Ministries. Tuppence is both a prison ministry and an outreach aimed at encouraging Christians to develop and use their creative gifts for God's glory. Jim turned to writing in 1987 as a helpful means of expression after the death of his infant daughter, Michelle. Nearly ten years later, "A Road Not Chosen," Jim's narrative account of his and Laurel's experience was published in Dallas Seminary's Kindred Spirit magazine.

Jim graduated from Dallas Theological Seminary in 2003 with an MA in Biblical Studies. In addition to Blind Sight, Jim is also the author of How to Do Everything with HTML (Osborne/McGraw-Hill 2001) and Cascading Style Sheets: A Beginner's Guide, (Osborne/McGraw-Hill 2001). His first novel, a young adult thriller titled Friendly Revenge was released in October '99 by Hard Shell Word Factory and was a finalist for an Eppie Award. The 2nd edition of his HTML book, re-titled How to Do Everything with HTML and XHTML was released in November of 2003. Jim is currently working on a new suspense novel, tentatively titled Angel of Mercy.

Jim's op-ed columns have appeared in The Dallas Morning News. Through his op-eds, Jim seeks to provide a Christian perspective on world events, highlighting the need for our culture to turn back to God. He has also been published in The Writer magazine and in the 2001 edition of The Writer's Handbook. Jim is also the founder and co-director of The Greenville Christian Writers' Conference.

Jim is also a gospel chalk artist and vocalist, and frequently uses his art and music to share the Gospel of Christ with inmates in the Texas Department of Criminal Justice. Jim's ministry through art and music reinforces his message that Christians should cultivate their natural abilities and discover how they can use them for God's glory.

All Products From James H. Pence