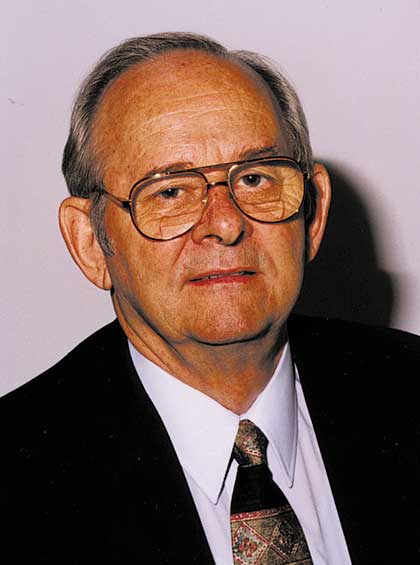 Charles R. Solomon, EdD, was born in east Tennessee and received his BS at East Tennessee State University in 1951. Moving to Baltimore and then to Denver while working in the aerospace industry, he received his master's degree at the University of Colorado (1969) and was able to design his doctorate in a spiritual approach to counseling at the University of Northern Colorado in 1972. Dr. Solomon and his wife, Sue, live in Pigeon Forge, Tennessee, and have three children, five grandchildren, and one great-grandson. He founded Grace Fellowship International (GFI) in 1969, and there have been many spin-off ministries and publications by various authors since that time.

God called him to develop and pioneer a Christ-centered approach to counseling in 1967, and he left industry to begin a full-time faith ministry in 1970. His first book, Handbook to Happiness (Tyndale), was written in 1971; it has been the flagship book in the exchanged-life movement, which the Holy Spirit has brought about in our country and has spread around the world. Handbook to Happiness has been translated into 7 languages and is scheduled to be translated into 12 or more this year; a condensation of chapter 2 has been translated into more than 30 languages.

Handbook to Happiness and his subsequent nine books and numerous articles are being used around the world in counseling and discipleship, with works established in India, South Africa, Kenya, Romania, Ukraine, Brazil, Canada, and Australia. Innumerable believers have been set free from debilitating psychological and life problems in a fraction of the time normally consumed by the helping professions. It is Dr. Solomon's vision to help equip the church to be used of God in this way, rather than systematically referring most cases of such ministry needs to professionals. He and his wife, Sue, are presently writing a book on the history of GFI, that God may be glorified by documenting what He has done over the years.

All Products From Charles R. Solomon