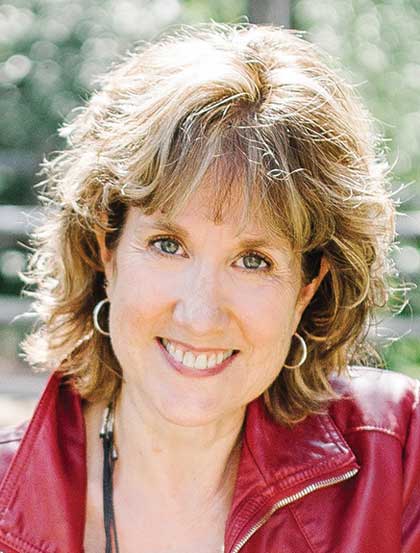 Beth K. Vogt is a nonfiction author and editor who said she'd never write fiction. She's the wife of an Air Force family physician (now in solo practice) who said she'd never marry a doctor—or anyone in the military. She's a mom of four who said she'd never have kids. Now Beth believes God's best often waits behind doors marked Never. Beth's first novel for Tyndale House Publishers, Things I Never Told You, released in May 2018, followed by Moments We Forget, book two in the Thatcher Sisters series, in May 2019. The Best We've Been, the third book in the series, releases in May 2020.

Beth is a 2016 Christy Award winner, a 2016 ACFW Carol Award winner, and a 2015 RITA Award finalist. Her 2014 novel, Somebody Like You, was one of Publishers Weekly's Best Books of 2014. A November Bride was part of the Year of Weddings series by Zondervan. Having authored nine contemporary romance novels or novellas, Beth believes there's more to happily ever after than the fairy tales tell us.

An established magazine writer and former editor of the leadership magazine for MOPS International, Beth blogs for Novel Academy and The Write Conversation and also enjoys speaking to writers' groups and mentoring other writers. She lives in Colorado with her husband, Rob, who has adjusted to discussing the lives of imaginary people. Connect with Beth at bethvogt.com.

All Products From Beth K. Vogt

Things I Never Told You

The Best We’ve Been