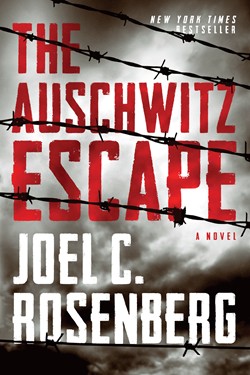 Evil, unchecked, is the prelude to genocide.

As the Nazi war machine rolls across Europe, young Jacob Weisz is forced to flee his beloved Germany and join an underground resistance group in Belgium. But when a rescue operation goes horribly wrong, Jacob finds himself trapped in a crowded cattle car headed to southern Poland.

Sentenced to hard labor in the Auschwitz labor camp, Jacob forms an unlikely alliance with Jean-Luc Leclerc, a former assistant pastor who was imprisoned for helping Jews. They’ve been chosen for one of the most daring and dangerous feats imaginable—escape from Auschwitz. With no regard for their own safety, they must make it to the West and alert the Allies to the awful truth of what is happening in Poland before Fascism overtakes all of Europe. The fate of millions hangs in the balance.