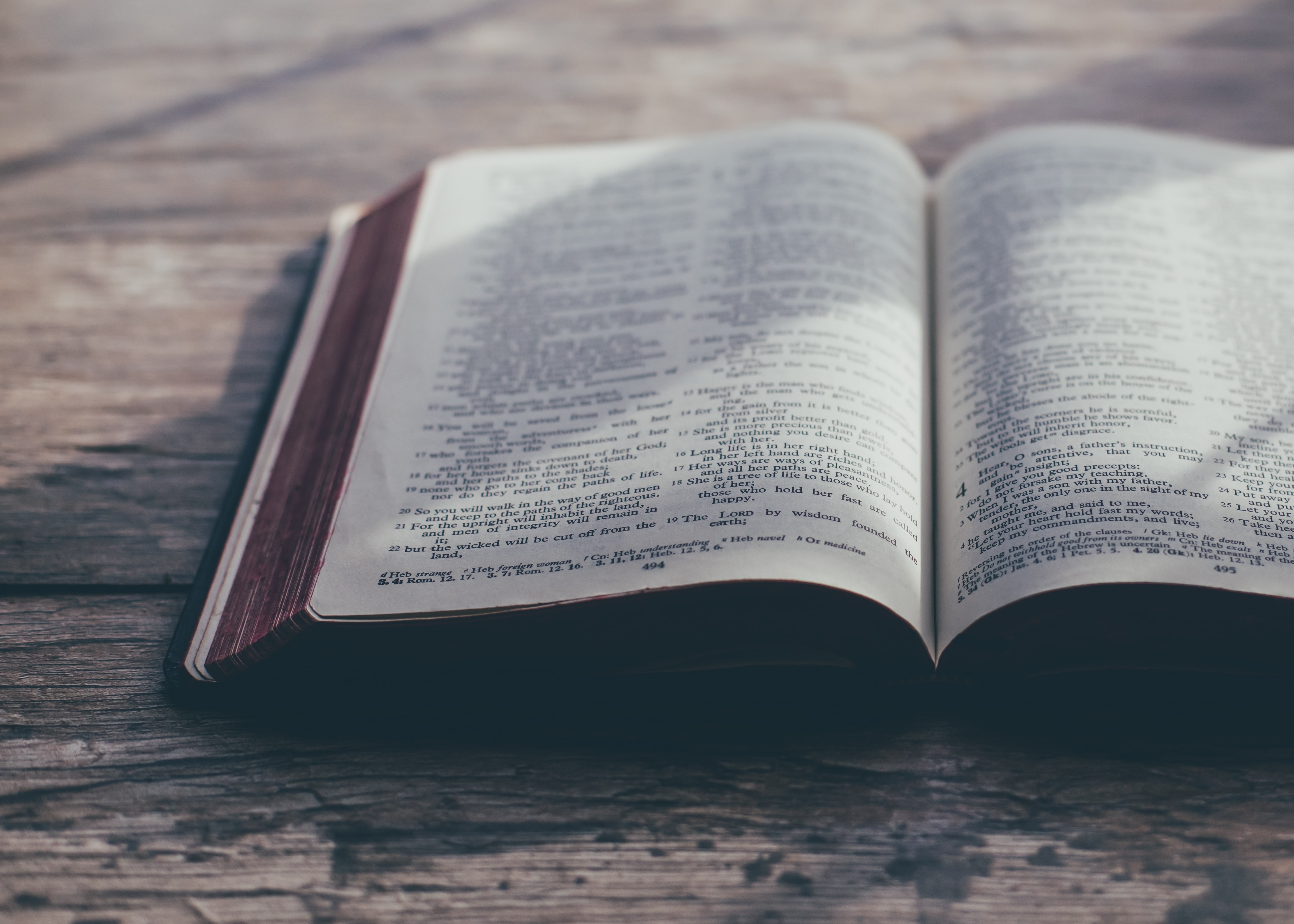 One Sunday afternoon Uncle Jack and Aunt Earlene invited Ma, Doug, and me over to their place. Jack said he had something important he wanted to tell Ma about. Grandma was there too. As Jack recounted the story, Aunt Earlene passed beers around to the adults while Grandma poured big glasses of lemonade for us kids. It was the first time I heard the story that Jack would tell and retell to anyone who would listen.

Jack told us that he was watching TV and drinking a beer when the doorbell rang and Lobo went crazy. Lobo was their gigantic German shepherd. He was a puppy dog if he knew you, all wagging tail and big licks, but if he didn’t know you, he was a nightmare waiting to pounce, all raised hair and bared teeth. He greeted every stranger who came to the door by planting his big front paws up on the screen door so he was snout-to-face with whoever came knocking.

As usual, Earlene grabbed Lobo’s collar and dragged him to the back room while Jack headed for the door to see what was what. He was shirtless, with two beer cans in hand—one for drinking beer and one for spitting chew.

He was flexed up and ticked off that somebody was interrupting them on a Saturday morning.

“Whaddya want?” Jack barked through the screen. He was suspicious because the man on the other side was wearing a suit and tie. But the stranger was calm and collected, as if neither Lobo nor Jack barking at him had set his ears back one bit.

“Good morning,” the man said. “My name is Pastor Yankee Arnold.” Jack thought this was strange, because while the guy had a deep Southern drawl, he called himself Yankee.

“Your daughters are going to youth group at my church,” Yankee continued, “and I just want to tell you what sharp, beautiful girls they are. As a dad, you must be so proud.” That was just about the only thing Yankee could have said to get Jack to open the door. Since Yankee complimented his girls, that was enough for him. So Jack invited him in.

After a little more small talk, Yankee cut to the chase and said, “I have a question for you.”

“Do you know for sure you’re going to heaven when you die?”

Jack responded with the first thing that came into his head. “I know for sure I’m going to hell!”

Since Grandma and Grandpa had dragged their kids to church every week when they were little, Jack knew all about sin and hell, and he knew he was full of one and headed to the other. All that hellfire and brimstone at church just made him feel bad about himself, while friends and partying and fighting made him feel good. He still believed in God, but he wasn’t sure God believed in him anymore. He was sure that with all the things he’d done wrong and the anger he had inside, he was on the highway to hell.

But Yankee asked him, “If I could tell you how you could know for sure that you were going to heaven, would that be good news?”

Jack appreciated Yankee’s bluntness. His question was almost like a punch to the gut. Jack was surprised by how quickly he said yes.

Emboldened by Jack’s answer, Yankee drew his wallet from his back pocket and launched into an illustration he’d nicknamed “The Hand Gesture.”

“Have you ever sinned?” Yankee asked, already knowing the answer.

“You see,” Yankee continued, “God loves us, but he hates our sin, because that sin is a barrier between us and him.” Yankee joined his hands together in a praying-hands formation with the wallet in between them. “And, as a result of that sin, we are all condemned to hell forever.”

Jack had never been much for book-learning or sermon-listening, but Yankee’s wallet illustration made sense to him.

“And no matter how good you are, it will never get rid of these sins,” Yankee told Jack. Then Yankee picked up his big black Bible and held it over the wallet. “If this Bible represents everything good we do, does it get rid of the sin or just cover it up?”

“It just covers it up,” Jack said.

“And because of that sin, they’re condemned to hell along with everyone else. Right?”

“Yeah, I guess so,” Jack responded. He was a little disoriented because he had never heard it explained like this before.

“So, two thousand years ago, God sent his Son, Jesus, into the world,” Yankee explained, bringing his left hand, representing God, down toward the wallet. “Jesus was God in the flesh. He lived the perfect life we could never live and died the horrible death that we deserved. And when he died, he took our sin upon himself and paid the price for it with his own blood.” Yankee plucked the wallet representing sin out of his right hand.

Then Yankee delivered the punchline. “Because Jesus took our sin upon himself and paid the price for it, if you simply believe that he did that for you and trust in him alone to forgive you for your sins, you will receive eternal life.”

Jack was silent at this point, so Yankee continued, testing Jack. “How long is eternal life?” Yankee asked.

“It’s forever!” Jack told him with a tone of raw excitement, because Jesus’ message was making sense to him for the very first time in his life.

“So, if you trust in Jesus right now, where will you go when you die?” Yankee asked.

“Heaven!” Jack shouted back at him.

And then like a boxer who has been softening up his opponent with an endless string of jabs before delivering the knockout blow, Yankee asked Jack one final question. Looking him straight in the eyes, he asked, “So, if all of this makes sense, will you put your faith in Jesus to forgive you for all your sins and give you eternal life right now?”

“Hell, yeah!” Jack announced, with a big smile on his face.

Then Yankee turned to Earlene and asked her the same question. And she trusted in Jesus, too!

In that moment, the trajectory of Jack and Earlene’s life changed forever.

Adapted from Unlikely Fighter: The Story of How a Fatherless Street Kid Overcame Violence, Chaos, and Confusion to Become a Radical Christ Follower by Greg Stier, releasing from Tyndale House Publishers November 2021.

Some memories are permanently seared into our childhood brains with a hot iron of adrenaline and fear. For five-year-old Greg, it was the memory of his ma walking back to the house after confronting his stepdad with a splintered, bloodied baseball bat in her hand.

Greg Stier was raised in a family of bodybuilding, tobacco-chewing, fist-fighting thugs. He never knew his biological father because his mom had met his dad at a party; she got pregnant, and he left town. Though his mom almost aborted him, in a last-minute twist, Greg’s life was spared for so much more.

Unlikely Fighter is the incredible story of how God showed up in Greg’s life—and how he can show up in yours as well. This is a memoir of violence and mayhem—and how God can transform everything.

Unlikely Fighter by Greg Stier is available wherever books are sold.

Greg Stier is a champion for unleashing this generation with the Gospel. As the founder of Dare 2 Share Ministries, he is driven to help the Church activate Christian teenagers to reach their friends. In the last 30 years, Greg has trained millions of youth leaders and students how to relationally engage their world with the Good News of Jesus. A much sought-after speaker, Greg is a former pastor, church planter, youth leader, as well as the author of numerous books.

“Sticks and stones may break my bones, but words will never hurt me.” Nonsense, right?! Words do hold the power to knock us over, to derail our minds, to sit and simmer within us for a very long time. Words can cause us to be angry and to react in a way we might not […]

A not-so-scary way to introduce your friends to Jesus, by Laura T. de Gomez. I had heard through the grapevine that two coworkers, Martha and Claudia, had expressed some interest in spiritual things. So I dropped into their office one day and said, “Hi! I’ve been meaning to ask you both: Would you be interested […]

What is the Season of Lent? »