For some Christ-followers, sin and death weave so familiar a narrative that we’ve become numb to their sting. For others of us, the wages of sin and our subsequent spiritual death weigh so heavily that we refuse to accept God’s gracious mercy.

The balance in which God calls us to rest is certainly dissatisfied with both extremes. As we begin to understand our current spiritual story through the eyes of Christian history, we grieve as we own the sins of humanity yet rejoice with the saints in the climax of our shared salvation story.

But God is so rich in mercy, and he loved us so much, that even though we were dead because of our sins, he gave us life when he raised Christ from the dead.—Ephesians 2:4-5

Some years ago I was brought to the conviction that mine was only an
intellectual belief—a belief in which there was no life. It looked for
salvation in the future after death; and consequently my soul had not
“passed from death unto life.” God showed me how very dangerous my
position was, and what a wretched and lost sinner I was; and how
necessary it was for me to obtain salvation in the present, and not in
some future time. I repented long; I became very restless and almost
ill, and passed many sleepless nights. The Holy Spirit so got hold of me
that I could not rest until I found salvation then and there. So I prayed
earnestly to God to pardon my sins for the sake of Jesus Christ, and let
me realize that I had really got salvation through Him. I believed God’s
promise, and took Him at His word; and when I had done this, my
burden rolled away, and I realized that I was forgiven and was freed
from the power of sin. – Pandita Ramabai (India/1858-1922)

For God made Christ, who never sinned, to be the offering for our sin,
so that we could be made right with God through Christ.—2 Corinthians 5:21

The Sacrifice
“O all ye who pass by, behold and see!”
Man stole the fruit, but I must climb the tree;
The tree of life to all, but only me:
Was ever grief like mine?
—George Herbert (England/1593–1633)

Prayer To Do Good
Forgive me, most gracious Lord and Father, if this day I have done or said
anything to increase the pain of the world. Pardon the unkind word, the
impatient gesture, the hard and selfish deed, the failure to show sympathy
and kindly help where I have had the opportunity, but missed it; and enable
me so to live that I may daily do something to lessen the tide of human
sorrow, and add to the sum of human happiness.—F. B. Meyer (England/1847–1929)

The Smell of Sin
Timothy G. Walton
One early American preacher traveled from town to town preaching the gospel message. It was witnessed that as he approached the outskirts of a town, he would pause and say, “I smell hell!” If we were sensible to it, would the world smell like hell to us? Hell is an entirely foreign concept today. Yet that strange smell—the smell of decay, corruption, and filth permeates this world we live in because of the aftermath of Adam and Eve’s sin.

People have all kinds of creative ways of dealing with sin. They deny it. They minimize it. They make excuses for it. They blame others for it. The duke, a character in James Thurber’s The Thirteen Clocks, admits, “We all have our little weaknesses; mine just happens to be that I am evil.”

Why is sin sinful, not just a “little weakness”? Who says sin is sin? One of the words the Bible uses to refer to sin means “to miss the mark,” implying that there is a mark or target that has been missed, so the word sin itself implies a standard. If a highway patrolman stops you for speeding, it implies that the official government has set a speed limit, and you violated it. Similarly, the moral standard for all humanity comes right out of the holy character of God. His glory, his holiness, is the standard we all fall short of.

This world that smells like sin also smells like death. The Bible says that “the wages of sin is death” (Romans 6:23). Sin leads to death. There was death in the Garden. Adam and Eve didn’t drop dead the minute they ate the forbidden fruit, of course, but death made two instant inroads: First, the seed of physical death was planted in them. Two perfect individuals created to be forever young began to grow old and eventually would die. Second, they died spiritually. Their intimate and friendly relationship with the Lord died. The next scene in Genesis 3 finds Adam and Eve hiding from God in the bushes. Though they didn’t realize it at the time, their only hope was for God to do something heroic to rescue them and bring them back into a healthy relationship with him. When God sacrificed two animals (Genesis 3:21) and proclaimed the coming of Jesus Christ, the Savior (Genesis 3:15), he did just that.

Modern life offers many luxurious “perfumes” to cover up the smell of eternal death. When we are enjoying our favorite foods and entertainments, it can be easy to forget the decay of sin and death all around us. Lent helps us to remember that there is only one who actually reverses decay—the God who raises the dead.

Yes, what joy for those
whose record the Lord has cleared of guilt,
whose lives are lived in complete honesty!
When I refused to confess my sin,
my body wasted away,
and I groaned all day long.
—Psalm 32:2-3

Prayer for the Grace to Die Daily
Grant, O Lord, that as we are baptized into the death of thy blessed Son our Saviour Jesus Christ, so by continual mortifying our corrupt affections we may be buried with him; and that through the grave and gate of death, we may pass to our joyful resurrection; for his merits, who died, and was buried, and rose again for us, thy Son Jesus Christ our Lord. Amen.—Book of Common Prayer 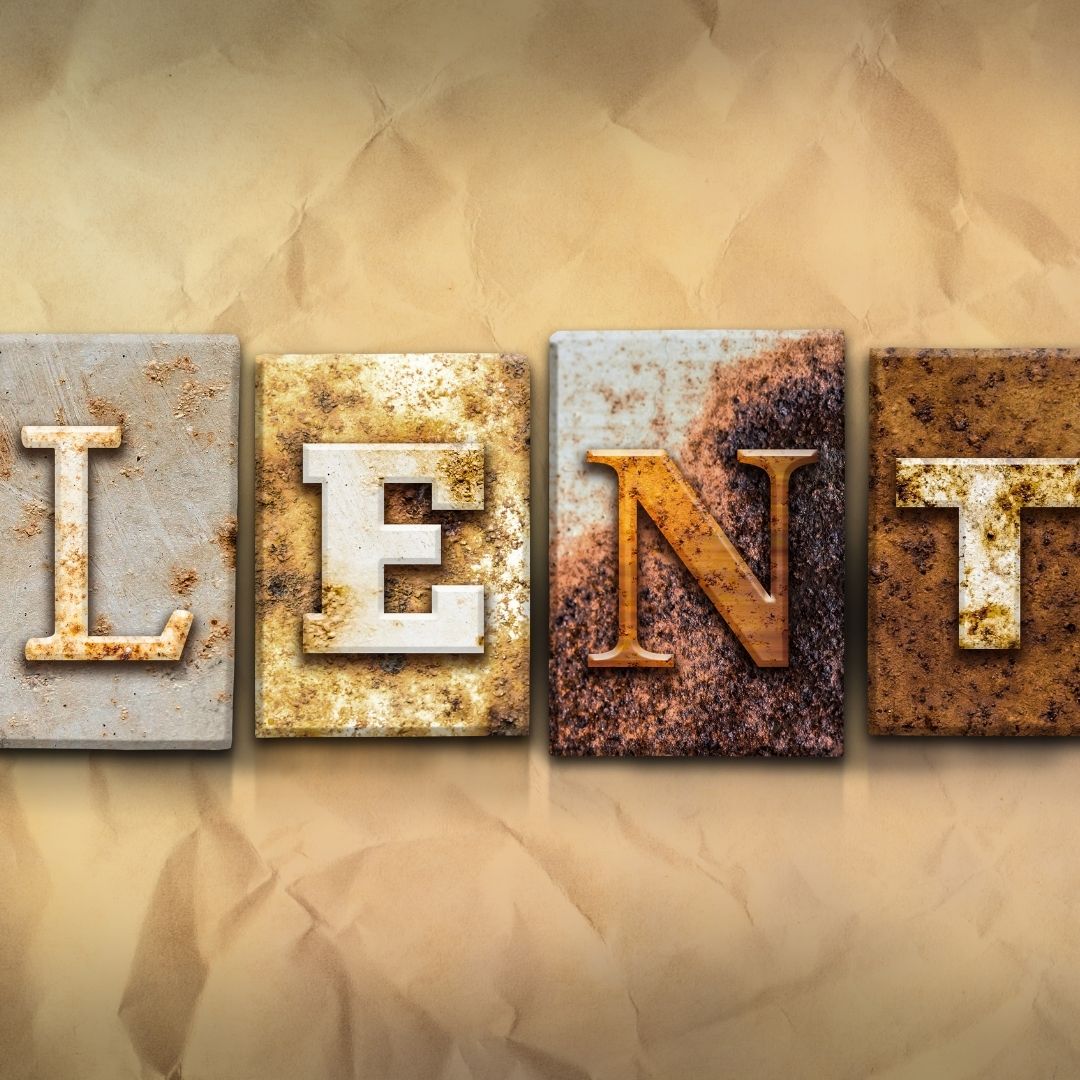 We are excited that the most recent volume of Immerse: The Bible Reading Experience has been released. Immerse: Poets presents the poetical books of the First Testament divided into two groupings. Songs: Psalms Lamentations Song of Songs Wisdom: Proverbs Ecclesiastes Job These writing […]

“About eight days later Jesus took Peter, John, and James up on a mountain to pray. And as he was praying, the appearance of his face was transformed, and his clothes became dazzling white. Suddenly, two men, Moses and Elijah, appeared and […]