For Jesus’ disciples following him meant leaving everything else behind. We don’t know a lot about their personal lives and what they left behind, but what we do know is they had to leave it all behind and make a radical lifestyle change to follow Him. Read these passages from Luke and then the Exploration Point from the Wayfinding Bible and consider what you are willing to give up to follow Jesus. 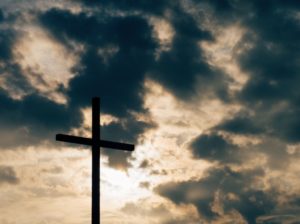 “One day as Jesus was preaching on the shore of the Sea of Galilee,*  great crowds pressed in on him to listen to the word of God. He noticed two empty boats at the water’s edge, for the fishermen had left them and were washing their nets. Stepping into one of the boats, Jesus asked Simon,*  its owner, to push it out into the water. So he sat in the boat and taught the crowds from there. When he had finished speaking, he said to Simon, ‘Now go out where it is deeper, and let down your nets to catch some fish.’ ‘Master,’ Simon replied, ‘we worked hard all last night and didn’t catch a thing. But if you say so, I’ll let the nets down again.’ And this time their nets were so full of fish they began to tear! A shout for help brought their partners in the other boat, and soon both boats were filled with fish and on the verge of sinking. When Simon Peter realized what had happened, he fell to his knees before Jesus and said, ‘Oh, Lord, please leave me—I’m such a sinful man.’ For he was awestruck by the number of fish they had caught, as were the others with him. His partners, James and John, the sons of Zebedee, were also amazed. Jesus replied to Simon, ‘Don’t be afraid! From now on you’ll be fishing for people!’ And as soon as they landed, they left everything and followed Jesus.” 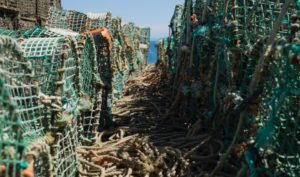 “Later, as Jesus left the town, he saw a tax collector named Levi sitting at his tax collector’s booth. ‘Follow me and be my disciple,’ Jesus said to him. So Levi got up, left everything, and followed him. Later, Levi held a banquet in his home with Jesus as the guest of honor. Many of Levi’s fellow tax collectors and other guests also ate with them. But the Pharisees and their teachers of religious law complained bitterly to Jesus’ disciples, ‘Why do you eat and drink with such scum?’ Jesus answered them, ‘Healthy people don’t need a doctor—sick people do. I have come to call not those who think they are righteous, but those who know they are sinners and need to repent.’ 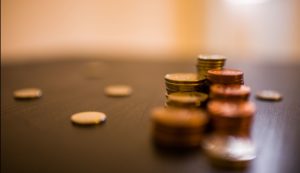 Exploration Point from the Wayfinding Bible

“Following Jesus came at a cost. Peter himself was a working fisherman, yet he hauled up his boat and put down his nets to give his attention to this amazing teacher. For the twelve men closest to Jesus, discipleship required them to sacrifice careers and their families. They left their homes and followed Jesus all over the countryside and into Jerusalem. They were now completely focused on learning from Jesus – a very different kind of life. Would we be willing to make radical lifestyle changes in order to follow Jesus?”

Look Inside the Wayfinding Bible

Most of us have a woman in our life who has given us support and been a listening ear and encourager. She’s someone who understands us and sees the best in us. It might be a mom, but it also […]

We find the story of the widow’s mite in Mark 12:41-44 and Luke 21:1-4. In both passages (which are nearly identical), Jesus makes the point that the widow’s gift to the Temple treasury was very costly to her, because it […]

Our lives are filled with moments. Moments of joy. Moments of sadness. Moments of agony. Moments of exhilaration. Moments when life is mundane, and sweet moments of simplicity and rest. All these moments are integral to our individual stories. Stories […]