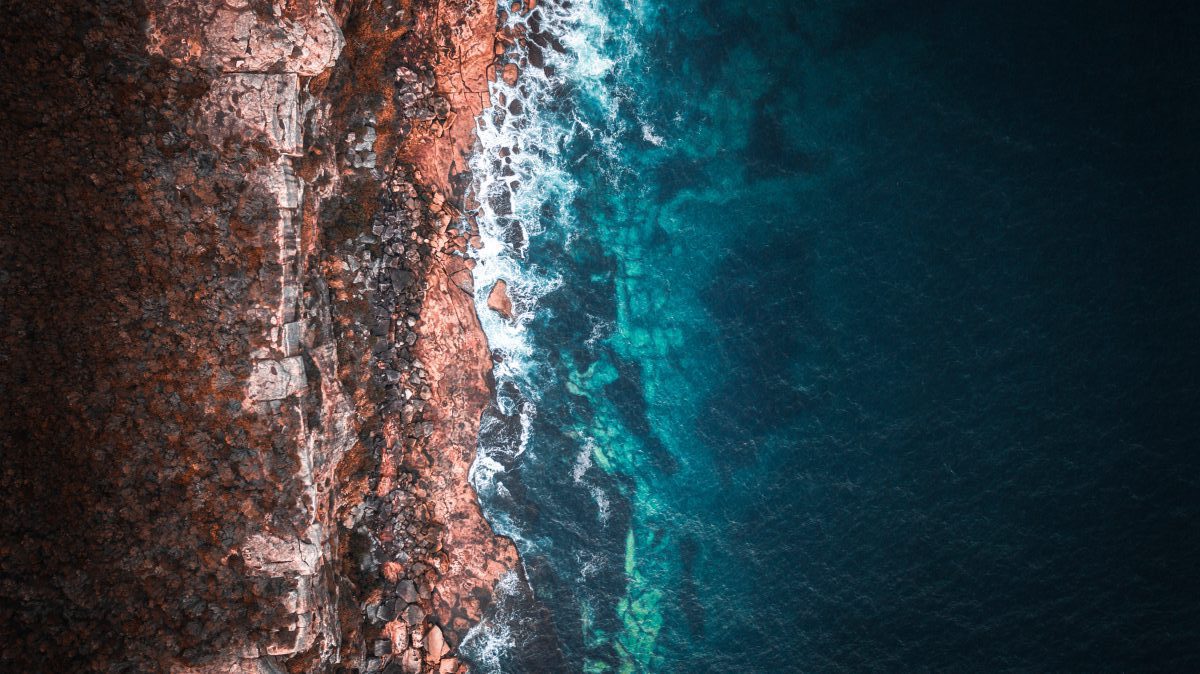 This blog is written by Lt. Charles Causey and was originally posted on The Disciple Maker.

As a young man, my army chaplain father told me a true story about 672 men who perished in the middle of the night during World War II. On January 23, 1943, the SS Dorchester departed New York City harbor, heading east across the icy North Atlantic with over 900 servicemen on board.[i] Most were newly trained American soldiers on their way to Europe to serve in the war. Four of these men—Methodist minister Rev. George Fox, Rabbi Alexander Goode, Reformed Church minister Rev. Clark Poling, and Roman Catholic priest Rev. John Washington—were recently commissioned army chaplains who worked hard to keep up the morale of the troops in a ship claustrophobically packed to capacity.

Close to one o’clock on the morning of February 3rd, a German submarine spotted the Dorchester 150 miles from the coast of Greenland and fired three torpedoes toward its middle. One of the torpedoes struck the starboard side far below the water line, causing irreparable damage and immediately killing scores of men. The entire vessel would sink to the bottom of the Atlantic within thirty minutes. The captain gave the order to abandon ship. In the pandemonium that followed, men searched for life jackets and rafts in the dark, desperately trying to save their lives.

The four chaplains who had organized a variety show in the enlisted men’s galley earlier that evening quickly went into action, quietly and calmly guiding men in the blackened ship. They led their fellow soldiers to where they could evacuate the vessel, opened a deck locker filled with extra life jackets, and distributed them to the panicked soldiers. They gave up their gloves and hats; eventually, when there were no more life jackets, the four chaplains took off their own vests and made others put them on. Witnesses such as Sergeant Kenzel Linaweaver[ii] of the 304th Infantry and Robert C. Williams recounted that it was the most astonishing act of courage they ever saw. Two men already floating in the oily water, Sergeant Thomas Myers and Private First Class John O’Brien, remembered hearing screams of panic from the men still on board, followed by words of courage and hope from the chaplains. At last glimpse, the four chaplains were seen arm-in-arm, singing and praying together as the Dorchester slipped under water.

My father, Calvin Causey, knew Clark’s father, Dan Poling, personally. Once, on a walk together, Poling explained to my father that he had spoken to Clark a few days before the Dorchester set sail. The young army lieutenant told his father, “Please do not pray for my safe return; that wouldn’t be fair. Just pray that I shall be adequate.” My own father choked up before he could finish the story. “The four chaplains were more than adequate,” he said softly. “They did their duty.”

What would inspire men to take off their life jackets, give them to other men, and go down with the ship? It is obvious that, in a very short time, the four chaplains had developed a very robust identity as servants of God. That identity and their calling to serve shaped them more than the very natural instinct of self-preservation. No doubt, not all four men had the same courage that night, but witnessing each other’s bravery and fortitude bound them together in a united mission to serve their fellow soldiers.

As men, our main purpose in life radiates around taking care of other people: our immediate families, our work associates, the communities we are part of, our aging parents. Like the four Army chaplains, we are called to serve others and lead by example, to occupy our space and not shrink back from it. Trust comes from delivering on our promises and commitments. When men speak encouraging words to others and perform deeds of valor, they become everything the Master made them to be, and they encourage other men to do the same.

King David declared in Psalm 19:13-14: “Keep back Your servant from presumptuous sins… Let the words of my mouth and the meditation of my heart be acceptable in Your sight.” David knew both his words and deeds were evident to God, and he wanted them to be pleasing to Him.

We can break it down most simply like this:

It is possible to spend a significant part of our lives without thinking about the synthesis of our words and deeds. Their alignment gives our lives personal meaning and broader impact.Both words and deeds are necessary for an exemplary life and for closing the gap between the man we are and the man we want to be.

Think about the men and women in your life who influenced you the most. What do you notice about their words and actions? Were they people of integrity?

Here are important questions to ask:

Self-awareness is essential for becoming the man God wants you to be. Aligning your words and deeds requires an honest assessment of one’s self. You also cannot embark on this kind of change alone. You need others to give you an honest review of your character and keep you strong and accountable as you journey towards greater integrity.

It takes guts to live a life of integrity, to live and serve like the chaplains on the SS Dorchester. Every man must confront the gaps in his life in order to live a life of significance. Don’t squander the gifts God has given you to serve others. Life is too short to be the critic on the sideline, who will one day be filled with regret. Be the man in the arena, full of courageous integrity. He will be knocked down and bloodied, but he will also know victory. For only the man in the arena truly knows that he is not fighting alone.

Lt. Charles Causey is an army Chaplain currently stationed as garrison chaplain at Fort Dix in New Jersey. He has created a 40-question integrity assessment that analyzes and places men into one of four types. His book Words and Deeds breaks down those types and provides a road map for going from where you are after taking the test to becoming a man of greater integrity. Included is a 6-week bible study for men to dive deeper into the assessment as they become a band of brothers. Take the integrity assessment now or learn more at wordsanddeedsbook.com.

You may have heard about spiritual gifts and that God promises that every Christian receives certain gifts in order to build up the church as a whole. Now, you may be curious to understand which of these gifts you possess—but how do we go about discovering our giftings? Here are a few steps you can […]

Being the Person Your Friend Needs »