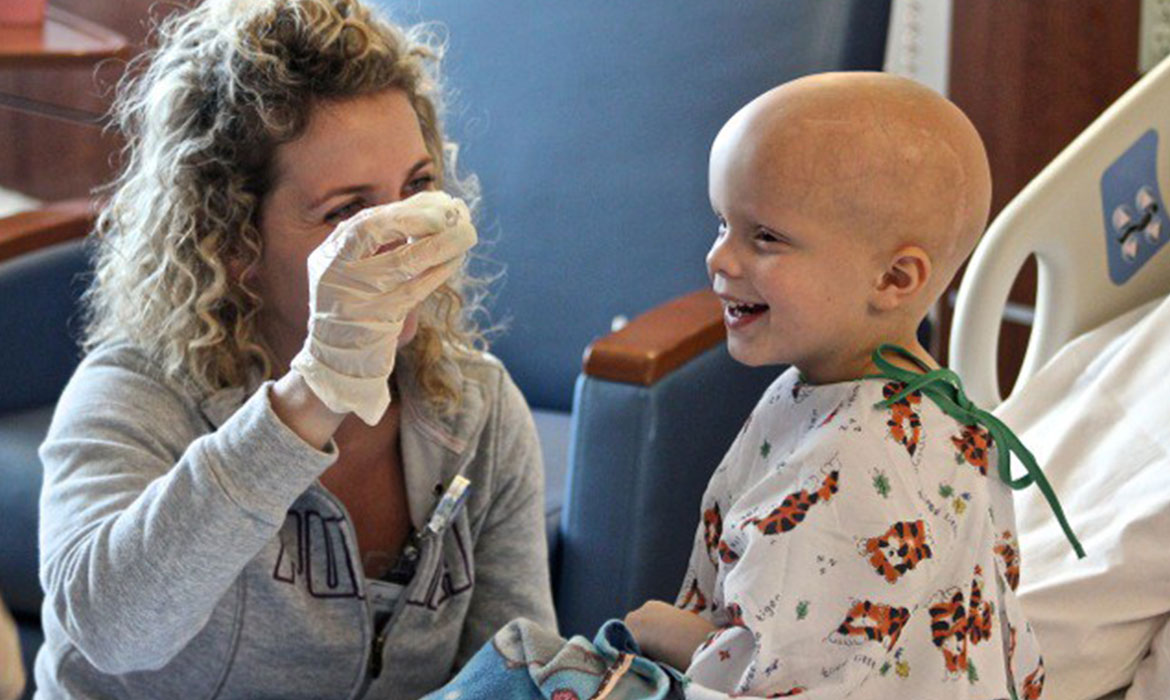 Finding Hope in the Pain of Cancer: Ellie Poole Ewoldt

The dimly lit auditorium shimmered with muted colors reflected in low lights as the bride stood tall in stunning cream and faced the man she loved. The pastor stood between them and spoke the quiet words as family and friends sat with held breath in the greatness and joy of the moment.

It was during the Christmas season in the year Chase was first diagnosed, and it was the first time I’d been dressed up and un-cancer-y or out of the hospital in nearly four months. It felt strange and like I’d left a safety net behind me. A safety net that held no safety . . . only pain. How ironic.

The wedding was just what such a celebration at the holidays should be; yet as I sat in the beauty, there was a feeling worse than simple lack of comfort. I felt extremely out of place. Weddings are joyous occasions, and even as I truly entered into the happiness of the bride and groom, I couldn’t completely escape the shadow of Chase’s cancer. And so I sat, taking in the beauty and feeling vaguely guilty lest my shadow burden be apparent to anybody but myself.

Words broke through my distracted thoughts as a woman in a beautiful gray dress stood to do a reading. As she spoke, my shadow grew. I couldn’t hear the words she spoke with anything other than cancer ears—even though I knew that they had been chosen to reflect this marriage love at the moment of commitment. As I heard the familiar words, my heart was soothed by the fresh reminder of the Gracious Provider . . . and then she, the reader, began to cry . . . and I cried too because I had needed to hear those words.

Much later in the evening, I met the woman who read the verses: a divine appointment if ever there was one. I learned that she, too, carried a horrific cancer shadow. I, my baby boy . . . she, the spouse ’til death do they part. We talked and cried and felt helpless together in the middle of the reception, and though I had never met her before and may not see her again for some time, she is my sister because of that night.

Many times since then, I’ve pondered the strange mixing of the celebration and the sadness, and the family relationship with a complete stranger because of the pain. In my mind, pain and joy belong in different universes, yet from birth to death we cannot separate them any more than we can separate ourselves from the Sovereign One who created us.

And now, it’s been over three years since that Christmas wedding. As we stood near the shelves of books in a timeless library, we both probably would have sworn while hoping against hope that our darlings wouldn’t see another year, let alone more than one. But at this moment, both of our loved ones live on. For her, the husband ’til no more treatments can keep him here, and for me, my sweet Chasey-bear.

It’s true that we haven’t seen each other face-to-face since that night, but she prays for me and I for her because we are sisters in the pain, and with each passing year, we feel the gracious gift of more time and the exhaustion of the life-marathon and its damage.

Neither of us knew what came next in the candlelight of the wedding, and even now, in the light of day and passing years, the story still unfolds with all its terrible uncertainty. But of this I am sure: There is a mercy in the shadows of pain—a severe one, but present nonetheless. I do not even pretend to know exactly what it looks like, though we both felt it like a gift as we two strangers became family in those moments.

In the severe and intense roads we walk, we find (sometimes again and again) that we are never alone and all who walk a painful road walk it next to the Everlasting Love who has known us always and will know us and love us forever.

Ellie Poole Ewoldt is the author of Chase Away Cancer. She is a wife to one, mother to four, a daughter, a sister, and a friend. With a life-long love of reading, writing and history, she has a degree from North Central College in early modern European history with a minor in art history.

Currently, her skill set includes being able to keep several plates in the air while talking to small children about not throwing plates, labeling the “weird stain” on the rug correctly, and being able to navigate an entire playroom without stepping on a single Lego.

In 2010, she started a small family blog as a way to share daily life, child-related anecdotes and the continued search for God’s goodness as she and her husband, Bob, began to raise four children in an eleven hundred square foot condo. Writing the beautiful, silly, and hard became a way of practicing thankfulness and seeking “stones of remembrance”, and so, on Tuesday morning, July 31, 2012 when their lives changed forever with the words “there’s a large mass” sending them into a deep, complex journey through pediatric cancer, Ellie began to chronicle the life and fight of their third child, Chase, and the affect of the disease on their family as they continued to search for joy in the worst of times.

Her days are spent caring for quickly growing children, walking alongside Chase in his battle with cancer and resulting special neurological needs, and continuing to chronicle God’s faithfulness in the big and small things alike. Ellie and her husband Bob have shared Chase’s story on behalf of Ann & Robert H. Lurie Children’s Hospital of Chicago, and his story has been featured in venues such as Lurie Children’s, Children’s Miracle Network, the Ace Foundation, All For Hope, Cal’s Angels, Young Associate Board’s Run For Gus, and the St. Baldrick’s Foundation. 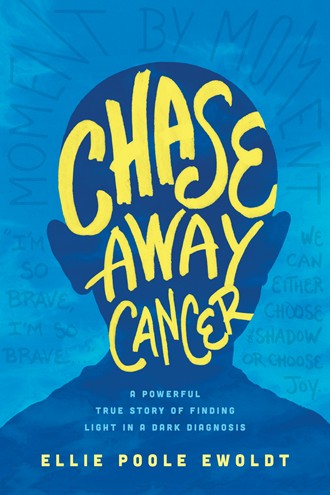 Chase Away Cancer: A Powerful True Story of Finding Light in a Dark Diagnosis by Ellie Poole Ewoldt

You may think you know how this cancer story goes. The characters: a little boy, a loving family, the team of doctors. The diagnosis: terminal, little hope for a cure. There are two possible outcomes. Will his family be plunged into extreme sorrow or miraculous joy?

What if the answer was both?

Ellie Poole Ewoldt debuts with a memoir of desperate hope and fierce love; of a family who refused to give up even when they heard the worst possible news for their two-year-old son, Chase. Moment by moment, the Ewoldts faced brain surgery and chemo, spinal taps and transfusions. And yet, the true miracle lay not in the medicine or Chase’s prognosis—rather, Chase’s life shows us the miracle of hope, even through the darkest nights. If there is anything he and the Ewoldts have learned, it is that God is always good and will stay at your side through every moment, no matter what it holds.

You’ll fall in love with Chase through his story and be inspired to help chase away cancer—for this headstrong boy, his fighting friends, and all those in your own life who need hope for whatever tomorrow may bring.