With his characteristically engaging writing style that couples detailed exegesis with philosophical meditation, professor and author T.A. Perry interacts with the Psalms from a Jewish perspective in his newest book, Psalm 19: Hymn of Unification.

Psalm 19 begins with "The heavens declare the glory of God, and the firmament proclaims the work of his hands." This psalm--which C. S. Lewis called "the greatest poem in the Psalter and one of the greatest lyrics in the world"--tells how all of creation speaks in praise of God, and then meditates on the beauty and perfection of the law of Yahweh, Israel's covenant lord.

Perry's intensive and guided reading of Psalm 19 advances his thesis that Psalm 19 presents a vision of "universal unification" for the entire creation, one that is not restricted to Jews but that embraces all people and, indeed, all of nature. Like Genesis 1, Psalm 19 tells a story of the origins, structures, and directions of the universe that God has made and over which he rules--thus providing a paradigmatic statement of monotheism as a religious system. In addition, Psalm 19 invites us to reflect on the tensions inherent in monotheism, especially the struggle between love and justice that we see in Israel's God.

The dual method of analysis (literary and philosophical) Perry employs in Psalm 19: Hymn of Unification will challenge readers to understand, appreciate, and approach Psalm 19 in a larger philosophical setting rather than the traditional exegetical one. 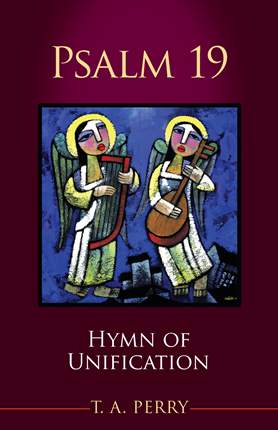