People and Events Every Christian Should Know

In this 12-session DVD-based study, Dr. Timothy Paul Jones takes you through the most important events in Christian history from the time of the apostles to today. He brings to life the fascinating people and events that shaped our world. This isn’t dry names and dates. It’s full of dramatic stories told with a touch of humor. This series, based on Dr. Jones’s popular award-winning book Christian History Made Easy, ties in spiritual lessons believers can glean by looking at the past, and shows how God was still working in his church despite all the ups and downs.

You don’t have to be an expert to lead this 12-session study. Perfect for small groups, Bible studies, or personal use. Ages: Young adult to adult.

Complete Kit contains everything you need, including:

Award-winning author Dr. Timothy Paul Jones has bachelors and masters degrees in biblical literature and pastoral ministry, as well as a doctorate in educational leadership. He is a professor at the Southern Baptist Theological Seminary in Louisville, KY. In 2010 he won the ECPA Christian Book of the Year award in the Christian Education category for Christian History Made Easy.

Dr. Timothy Paul Jones is a brilliant young biblical scholar who helps simplify the complex. His [resources] are great and sorely needed during our time when many are biblically illiterate and know even less about Church history.
—Dr. Jerry Newcombe, author, TV host, and spokesperson for Truth that Transforms with Dr. D. James Kennedy (formerly The Coral Ridge Hour)

View a short overview of Christian History Made Easy

Timothy Paul Jones serves as the C. Edwin Gheens Professor of Christian Ministry and as associate vice president at The Southern Baptist Theological Seminary, the flagship school of the Southern Baptist Convention and one of the largest seminaries in the world. Before teaching at Southern Seminary, Dr. Jones led churches in Missouri and Oklahoma as a pastor and an associate pastor.

Dr. Jones has authored or coauthored more than a dozen books in the fields of family ministry and apologetics, including the CBA bestseller The Da Vinci Codebreaker. In 2007, Charles Colson listed him as one of “four names you need to know” when responding to the new atheists. Christian Retailing Magazine awarded Jones top honors in 2010 in the Christian education category for his book Christian History Made Easy. Jones has also received the Scholastic Recognition Award from the North American Professors of Christian Education for his research in faith development.

Despite his academic background, Dr. Jones has shown a capacity to communicate to ordinary people in an appealing and accessible style. He has been interviewed on numerous radio and television programs, including WGN Morning News, Fox & Friends, Crosstalk America, and Bible Answer Man. Dr. Jones is married to Rayann and they have three daughters. 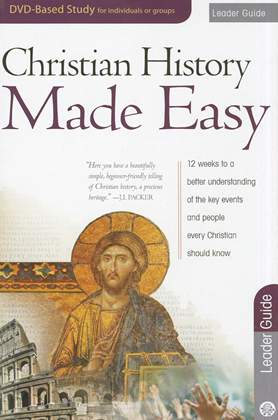