Writing to Inspire, Not Just Entertain

Writing to Inspire, Not Just Entertain 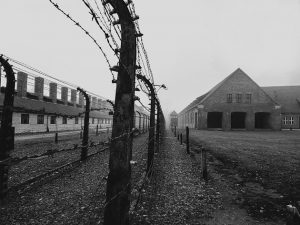 Job one when I write a novel is to entertain. Whatever else I want to achieve, I absolutely have to give my readers a high-speed, high-octane roller-coaster ride. That’s what people pick up a thriller for—to be thriller. If I don’t make their heart pound and blood pressure spike, then I have failed.

That said, entertaining you is not my only job. If it were, such a life would be unfulfilling for me. I want to do more with my life, and my books, than entertain. I also want to educate, motivate, and inspire.

Last month, I mentioned that The Auschwitz Escape is my favorite of all the novels I have written. I thought it might be worth explaining how this book came about. I traveled to visit the Auschwitz death camp in Poland about a decade ago. I took an American evangelical pastor and his wife with me, as well as a pastor from Germany and his wife. My wife, Lynn, wasn’t able to make the visit because of our kids. None of us had ever been to Auschwitz. As a Christian—and Jewish on my father’s side—I thought it important that I experience this tragic location, but I didn’t want to go alone.

The experience was fascinating and haunting. Nobody can make that sojourn and not return a changed person in some way. We had a VIP guide who was amazing, providing us with a bounty of information. But something our guide never told us was the story of all the people who had tried to escape from Auschwitz during the Holocaust and the few who were successful.

It turns out there is a little bookstore in the Birkenau gate. (Birkenau was the expansion camp connected to Auschwitz, built to murder more Jews more rapidly than they could at the original Auschwitz facilities). After we finished touring both camps with our guide, we were waiting for our car service to take us back to the hotel, so I decided to make use of the time by looking around the bookstore. It was then that I found this little book called London Has Been Informed, edited by Henryk Swiebocki and published in 1997 by the Auschwitz-Birkenau State Museum.

London had been informed? Informed of what? I wondered. As I skimmed the book, the answer stunned me. The author explained that there were over eight hundred escape attempts from Auschwitz and Birkenau, though only a handful of them were successful. What? This was hugely important information. Why had no one mentioned this while we were touring the camps?

I purchased this short book and on the plane ride back to America, I read it cover to cover. It was fascinating. Indeed, it was this book that set into motion the writing of The Auschwitz Escape. I became so intrigued with the stories of the few people who escaped that I worked closely with the top Holocaust scholars at Yad Vashem, the Holocaust museum and research center run by the State of Israel. Several of the top scholars there actually knew some of the specific men who had escaped, the ones I patterned my characters after. I was mesmerized listening to their accounts of meeting these heroes.

From the moment I first heard about them, I wanted to share their stories—not simply as dry facts but in a way in which my readers would become emotionally involved in the capture of these people, their hellish treatment in Auschwitz and Birkenau, the planning they did to escape, and the terrifying risks they took to get out and tell the world what Adolf Hitler and the Nazis were really doing there. To teach new generations of people about the horrors of the Holocaust—to educate them—I needed to take them on a high-speed, high-octane, emotionally riveting roller-coaster ride. To motivate and inspire them to teach their children and grandchildren about the horrors of the Nazi era, and to persuade them to stand against genocide so it can never happen again, I had to tell them more than facts. I had to draw them into a story they would never forget. A story they would tell and share with others.

That’s why I wrote The Auschwitz Escape. To entertain my readers and to inspire them with the powerful, gripping stories of these incredibly brave men and women who risked their lives not only to secure their own freedom, but so that the world could learn the horrors that the Nazis were perpetrating in their death camps.

If you have never read this novel, I hope you will. And then write to me and tell me what you thought of the book and if and how it impacted you.

No book was ever harder for me to write.

And no story was ever more important for me to tell. 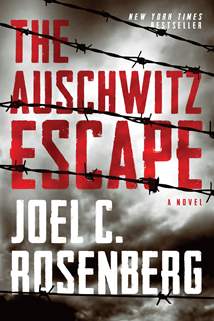 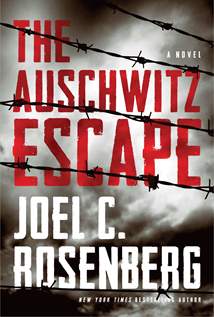