William Cary’s is just another of so many amazing stories from history.  History is really His Story—God’s story.  It’s also your story.  I have spent my life collecting stories that have nourished my soul.  I am delighted that Tyndale has given me the chance to share some of them with you in The Book of Amazing Stories.

For more stories like this, look for Robert Petterson’s book, The Book of Amazing Stories. Find out more about Bob Petterson at http://robertapetterson.org/. This article was originally posted on The Arc. 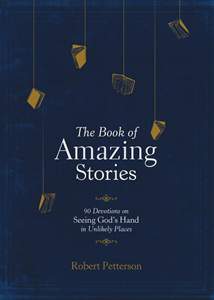 The Book of Amazing Stories
by Robert Petterson
$16.99
Price May Vary by Retailer
E-book
Hardcover
Details