Written by Lisa Beamer, wife of the late Todd Beamer, in her book, Let’s Roll.

Lately I’ve been trying to look at the bigger picture, to discover what I’m supposed to learn from all this. I’m sure I have much growth yet to experience, but I’ve gleaned a few insights. Probably the most important truth is that my security must be in God rather than in anything or anyone in this world.

Think about it: the World Trade Center represented economic power, success, and security, yet it was shaken and destroyed in one hour or less. The Pentagon is the symbol of our nation’s military might, yet it, too, proved vulnerable. Where can we find true security in these days?

The men and women in the Trade Center towers, the Pentagon, and aboard the four hijacked planes were some of the best our nation had to offer. They were the picture of intelligence, energy, and power. Yet their best wasn’t good enough to keep the enemy from attacking, maiming, and killing several thousand people.

But I have found safety and security in a loving heavenly Father, who cannot be shaken, who will never leave me or forsake me, and in whom I can trust completely. For those looking for hope, I recommend grabbing the hand of your heavenly Father as tightly as possible, like a little child does with his parent. God is a hero who will always be there when you need him.

It’s true that Todd and the other heroes aboard Flight 93 gave their lives that others might be saved. But if somehow they had known what was awaiting them, and they had been given a choice early that September morning, I doubt that any of them would have boarded that flight.

Even in the midst of the hijacking, right down to the moment when Todd uttered his now-famous phrase, “Let’s roll!” the true desire of his heart and that of Jeremy Glick, Tom Burnett, Mark Bingham, and all the others aboard Flight 93 was to somehow get home to their loved ones. They didn’t want to die.

Yet there was one who came to earth, knowing ahead of time that his most important purpose in living would be accomplished only through his dying.

He knew throughout his life and at the height of his career that no matter how well he performed, no matter how many people he helped, he was destined to die—to give his life so many others might find true life, abundant life here on earth, and eternal life in heaven to come.

But he really didn’t want to die either. In fact, as he prayed in the garden of Gethsemane, just outside Jerusalem’s city walls, Jesus begged God, “Father, if there is any other way…let this cup pass from me.”

He prayed so intensely that sweat ran like large drops of blood from his forehead. Think about that: even knowing all the good that was going to come as a result of his death, he prayed three times to avoid it: “If there is any other way…”

Finally he said, “Not my will but yours be done.” That was God’s plan.

I don’t think Todd chose to die, but he did choose for God’s will to be done in his life. Knowing that, he stepped into the aisle of that plane, trusting by faith that regardless of what happened, God would be true to his Word. Before he took that first step, Todd knew where he was going, even if he should die. He had built his life on a firm foundation. 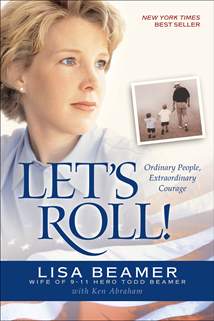 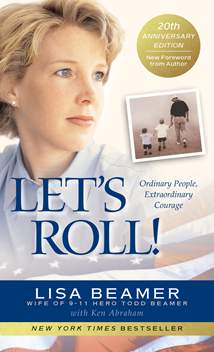 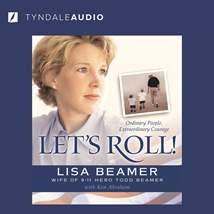