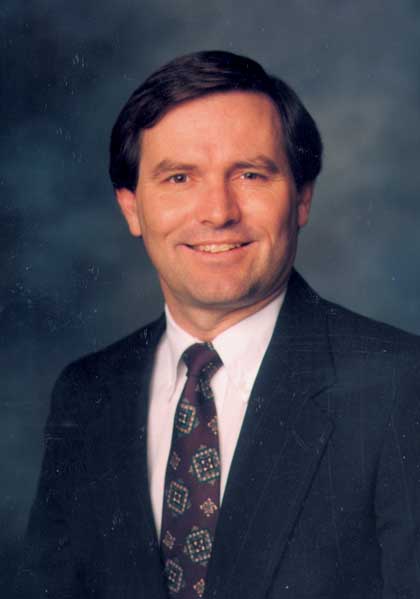 Dr. Ken R. Canfield is a research scholar specializing in the area of fatherhood and the history of the family. He is founder and president of the Kansas City–based National Center for Fathering—a non-profit education and research center dedicated to inspiring and equipping men to be responsible fathers.

His work has been recognized in a variety of ways: He is a consultant to state and community officials on ways to engage and equip fathers in local programming; he served as one of the founding members of former Vice President Al Gore's private sector "Father to Father" Initiative; and he was awarded the 1993 Father of the Year by the National Congress for Men and Children.

Ken is the author of The Heart of a Father (Northfield Publishing, Chicago, 1996), as well as three other books, including the award-winning 7 Secrets of Effective Fathers (Tyndale, 1992). Canfield has been interviewed as an authority on fathering skills and research, as well as on the negative consequences of father absence. He has appeared on Oprah, NBC's The Today Show, ABC's World News Tonight, Focus on the Family, and numerous other programs.

Besides publishing the quarterly Today's Father magazine and doing a short weekday Today's Father radio commentary (heard on some 500 stations nationwide), Canfield has written for a number of magazines, both academic and popular: Psychological Reports, Educational and Psychological Measurements, The World & I, Parents, Today's Better Life, New Man, and Living With Children.

Canfield's work is rooted in his knowledge of the historical literature on fathering and current social science research data. The Center maintains one of the largest ongoing databases on fathering in the nation, including more than 10,000 responses from men to the 138-question Personal Fathering Profile Canfield developed in conjunction with a number of scholars. The profile has been termed by authorities in the field as the most comprehensive, scientifically sound tool available for a man to inventory his strengths and opportunities as a father. Canfield has led other research as well, including three national random sample polls on fathering and an ongoing National Survey of Men covering a wide variety of men's life issues.

Canfield earned his B.A. degree in philosophy from Friends University (Wichita, Kansas). He has an M.C.S. degree in historical theology from Regent College (Vancouver, British Columbia) and a Ph.D. in education from Kansas State University (Manhattan, Kansas). His dissertation reported on his innovative research on the life course of fathers.

Ken and his wife, Dee, reside in Kansas City. They have been married for 25 years and have 5 children.

All Products From Ken R. Canfield