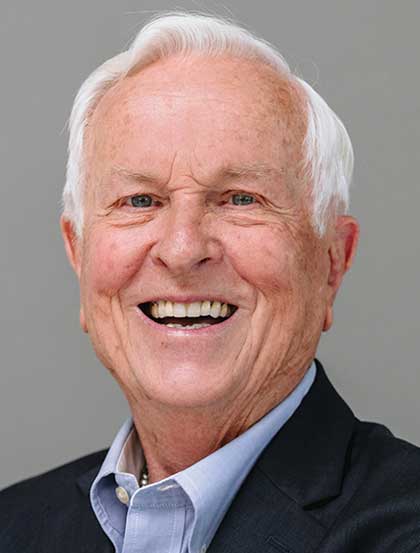 As a young man, Josh McDowell considered himself an agnostic. He truly believed that Christianity was worthless. However, when challenged to intellectually examine the claims of Christianity, Josh discovered compelling, overwhelming evidence for the reliability of the Christian faith. After trusting in Jesus Christ as Savior and Lord, Josh's life changed dramatically as he experienced the power of God's love. After Josh's conversion, his plans for law school turned instead to plans to tell a doubting world about the truth of Jesus Christ. After studying at Kellogg College, Josh completed his college degree at Wheaton College and then attended Talbot School of Theology, where he graduated magna cum laude with a master of divinity degree. In 1961, Josh joined the staff of Campus Crusade for Christ International. Not long after, he started the Josh McDowell Ministry to reach young people worldwide with the truth and love of Jesus. Well known as an articulate speaker, Josh has addressed more than 46 million people, giving over 27,200 talks in 139 countries. As he traveled to other countries, Josh quickly realized that where people were sick, homeless, and hungry, words were not enough. In 1991, Josh founded Operation Carelift to meet the physical and spiritual needs he discovered in orphanages, hospitals, schools, and prisons in the countries of the former Soviet Union. Since that time, Operation Carelift has delivered humanitarian aid (food, clothing, and medical supplies) worth more than $46,000,000. Nearly one million children have received school supplies, food items, hygiene items, and toys from the volunteers that travel twice a year to share God's love with them. Josh has received two significant honors from the Russian people because of these efforts. He is the only non-Russian to receive an honorary doctor of pediatrics degree from the Russian Academy of Medicine—in recognition of his work among the children of Russia. Also, Josh is the only foreigner to become a member of the prestigious Russian Club of Scientists. Operation Carelift, which has grown into one of the largest humanitarian aid organizations based in the United States, is now a part of UNTO (formerly known as Global Aid Network). In the United States, Josh and his team have created many cutting-edge live events to help young people stand strong and firm in their faith in the face of a rapidly-changing culture. These have often developed into full-blown campaigns, such as: Six Hours with Josh Why Wait? Counter the Culture Right From Wrong Beyond Belief Since 1960, Josh has written or coauthored 151 books in 128 languages including: More Than a Carpenter—over 27 million copies distributed Evidence That Demands a Verdict—named one the twentieth century's top 40 books and one of the 13 most influential books of the last 50 years on Christian thought by World Magazine. In addition to many other awards, Josh has been nominated 36 times for the Gold Medallion Award and has received that award on four occasions. In spite of all the honors and awards he has received, Josh will tell anyone that his greatest joys and pleasures come from his family. He and his wife, Dottie, have been married 50 years. They have 4 children and 11 grandchildren. Josh McDowell Ministry is a Cru ministry (the US division of Campus Crusade for Christ International).

All Products From Josh D. McDowell

More Than a Carpenter

More Than a Carpenter

How to Know God Exists

The One Year Book of Josh McDowell's Family Devotions