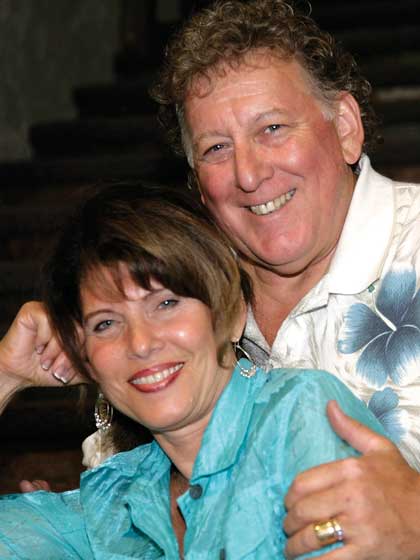 Joe and Michelle Williams are the founders and directors of the International Center for Reconciling God's Way—a faith-based, nonprofit organization providing help and hope for marriages in crisis. With divorce in their backgrounds prior to becoming Christians and a two-year separation in their own marriage as Christians, they can relate to most couples whose marriages are in crisis. They have served in ministry since 1990, and in 1997 they coauthored a workbook and a support partner handbook to provide for couples in crisis what they didn't have when they were separated in 1987.

When we separated for the second time—after becoming Christians—we were angry and confused, and wondered where the church was in our seemingly hopeless situation. We wanted desperately to be a happy Christian couple with a godly marriage. Nothing seemed to work. Our Christian friends either tried to rescue us and fix our marriage—thus burning out in their frustrations—or avoided us altogether for lack of knowing what to do—which caused us to mistakenly believe they didn't care. Through trial and error, and our sincere desire to obey God, we were finally able to reconcile.

Joe and Michelle have been instrumental in helping churches in other states, as well as outside the United States, to begin reconciliation ministries. Their reconciliation materials are especially helpful when only one spouse wants to reconcile—which is most common when a couple separates. Through networking with other faith-based organizations in their community, they also formed the Valley Community Marriage and Family Resource Center to provide help and hope for families in the Stanislaus County area.

Joe serves as pastor of marriage and discipleship at Shelter Cove Community Church in Modesto, California, and Michelle assists him as codirector.

All Products From Joe Williams

Yes, Your Marriage Can Be Saved